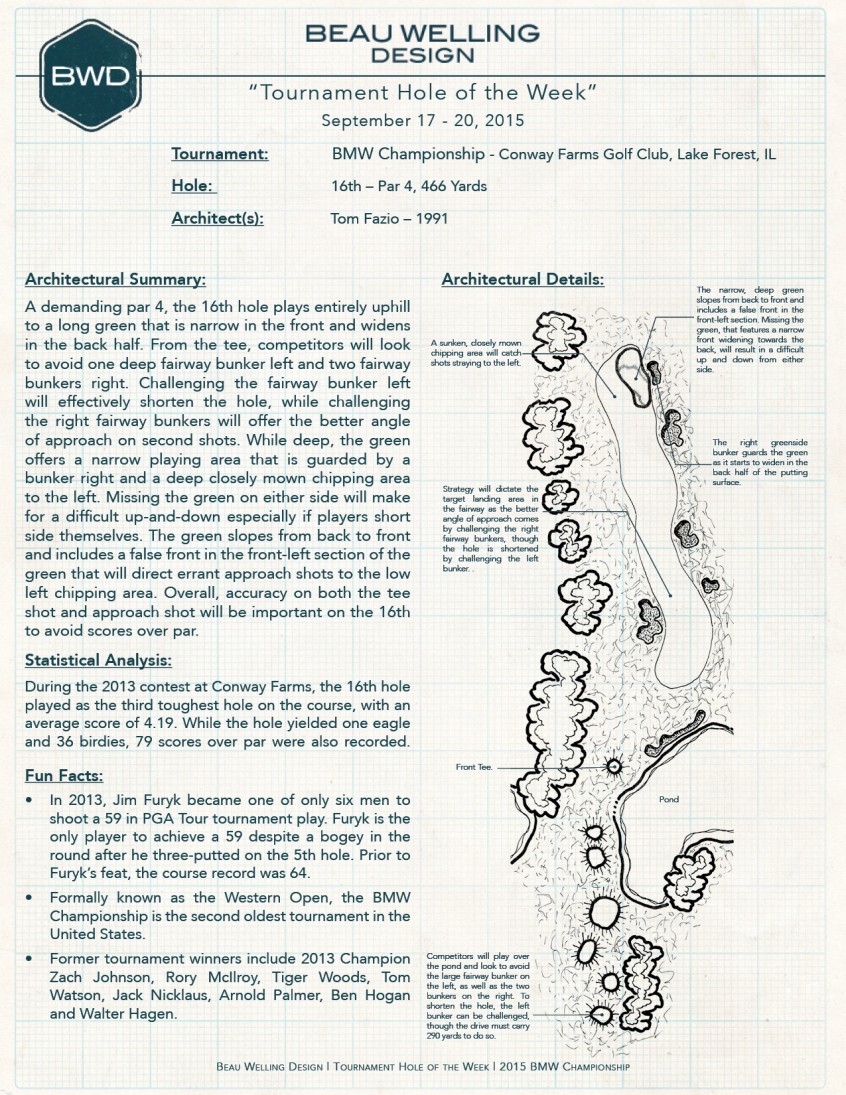 A demanding par 4, the 16th hole plays entirely uphill to a long green that is narrow in the front and widens in the back half. From the tee, competitors will look to avoid one deep fairway bunker left and two fairway bunkers right. Challenging the fairway bunker left will effectively shorten the hole, while challenging the right fairway bunkers will offer the better angle of approach on second shots. While deep, the green offers a narrow playing area that is guarded by a bunker right and a deep closely mown chipping area to the left. Missing the green on either side will make for a difficult up-and-down especially if players short side themselves. The green slopes from back to front and includes a false front in the front-left section of the green that will direct errant approach shots to the low left chipping area. Overall, accuracy on both the tee shot and approach shot will be important on the 16th to avoid scores over par.

During the 2013 contest at Conway Farms, the 16th hole played as the third toughest hole on the course, with an average score of 4.19. While the hole yielded one eagle and 36 birdies, 79 scores over par were also recorded.