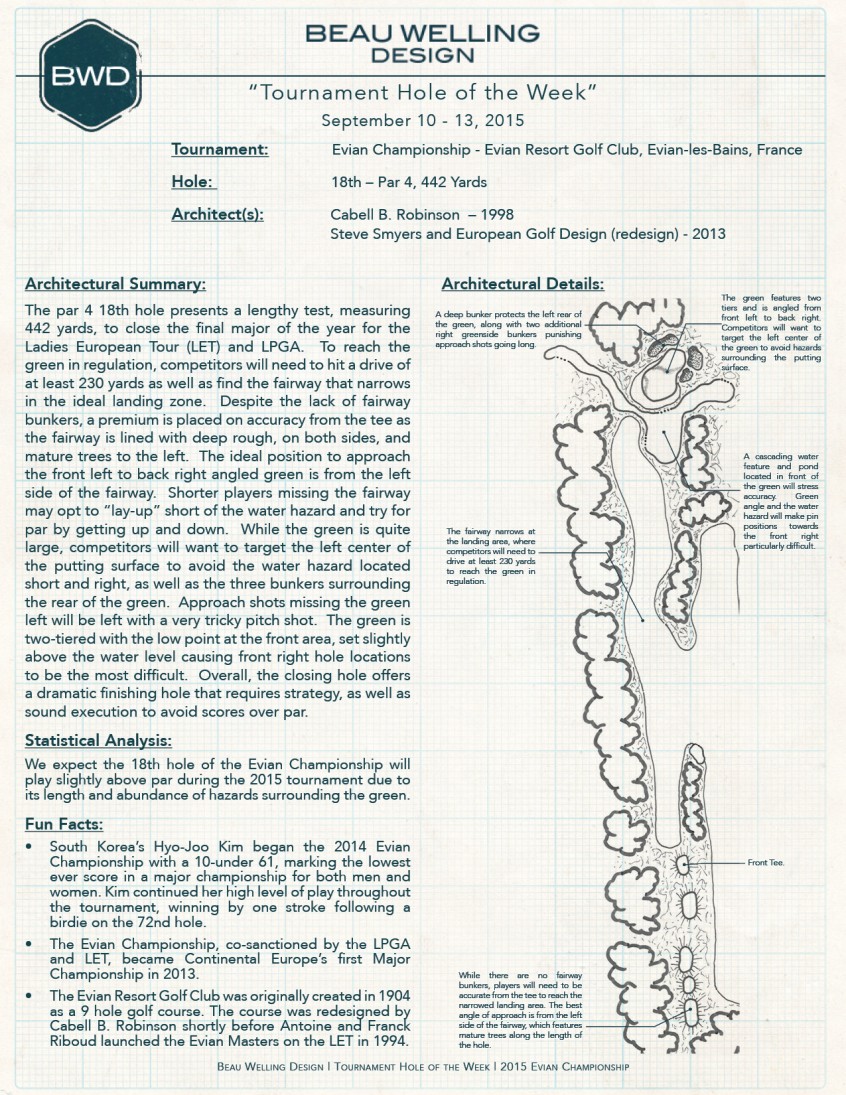 The par 4 18th hole presents a lengthy test, measuring 442 yards, to close the final major of the year for the Ladies European Tour (LET) and LPGA.  To reach the green in regulation, competitors will need to hit a drive of at least 230 yards as well as find the fairway that narrows in the ideal landing zone.  Despite the lack of fairway bunkers, a premium is placed on accuracy from the tee as the fairway is lined with deep rough, on both sides, and mature trees to the left.  The ideal position to approach the front left to back right angled green is from the left side of the fairway.  Shorter players missing the fairway may opt to “lay-up” short of the water hazard and try for par by getting up and down.  While the green is quite large, competitors will want to target the left center of the putting surface to avoid the water hazard located short and right, as well as the three bunkers surrounding the rear of the green.  Approach shots missing the green left will be left with a very tricky pitch shot.  The green is two-tiered with the low point at the front area, set slightly above the water level causing front right hole locations to be the most difficult.  Overall, the closing hole offers a dramatic finishing hole that requires strategy, as well as sound execution to avoid scores over par.

We expect the 18th hole of the Evian Championship will play slightly above par during the 2015 tournament due to its length and abundance of hazards surrounding the green.