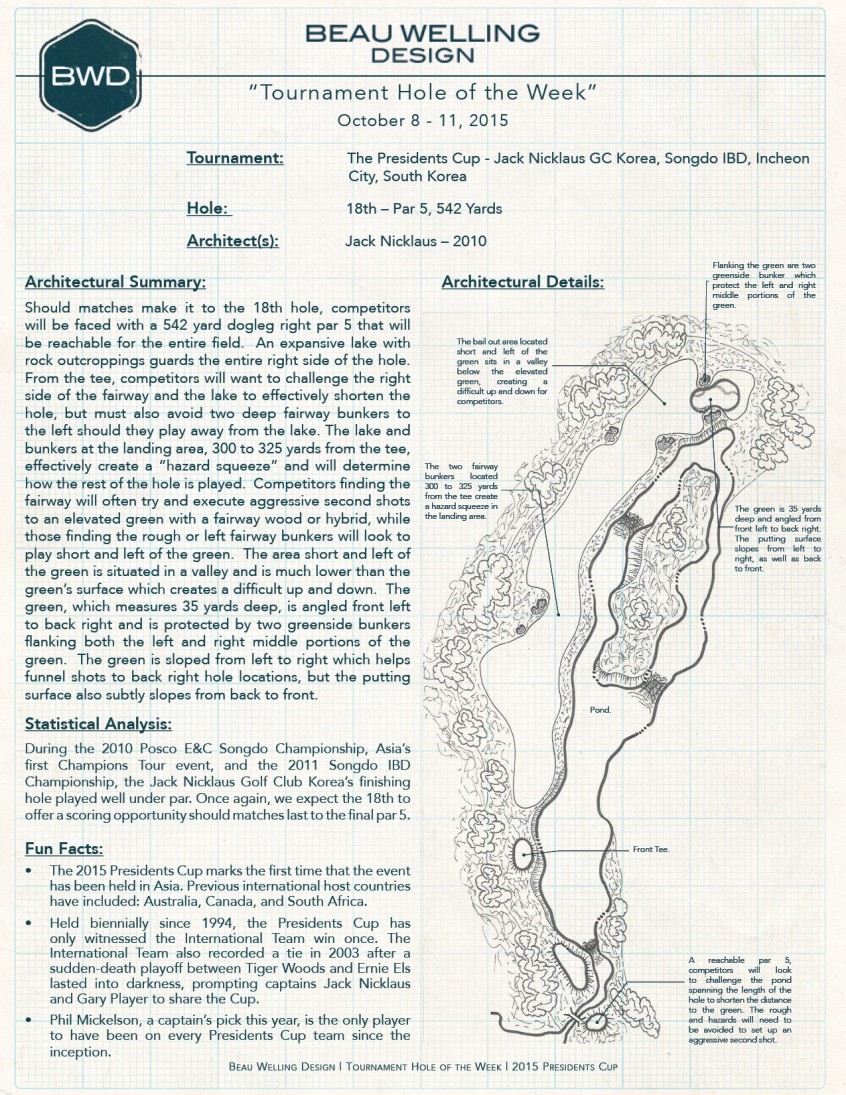 Should matches make it to the 18th hole, competitors will be faced with a 542 yard dogleg right par 5 that will be reachable for the entire field. An expansive lake with rock outcroppings guards the entire right side of the hole. From the tee, competitors will want to challenge the right side of the fairway and the lake to effectively shorten the hole, but must also avoid two deep fairway bunkers to the left should they play away from the lake. The lake and bunkers at the landing area, 300 to 325 yards from the tee, effectively create a “hazard squeeze” and will determine how the rest of the hole is played. Competitors finding the fairway will often try and execute aggressive second shots to an elevated green with a fairway wood or hybrid, while those finding the rough or left fairway bunkers will look to play short and left of the green. The area short and left of the green is situated in a valley and is much lower than the green’s surface which creates a difficult up and down. The green, which measures 35 yards deep, is angled front left to back right and is protected by two greenside bunkers flanking both the left and right middle portions of the green. The green is sloped from left to right which helps funnel shots to back right hole locations, but the putting surface also subtly slopes from back to front.

During the 2010 Posco E&C Songdo Championship, Asia’s first Champions Tour event, and the 2011 Songdo IBD Championship, the Jack Nicklaus Golf Club Korea’s finishing hole played well under par. Once again, we expect the 18th to offer a scoring opportunity should matches last to the final par 5.