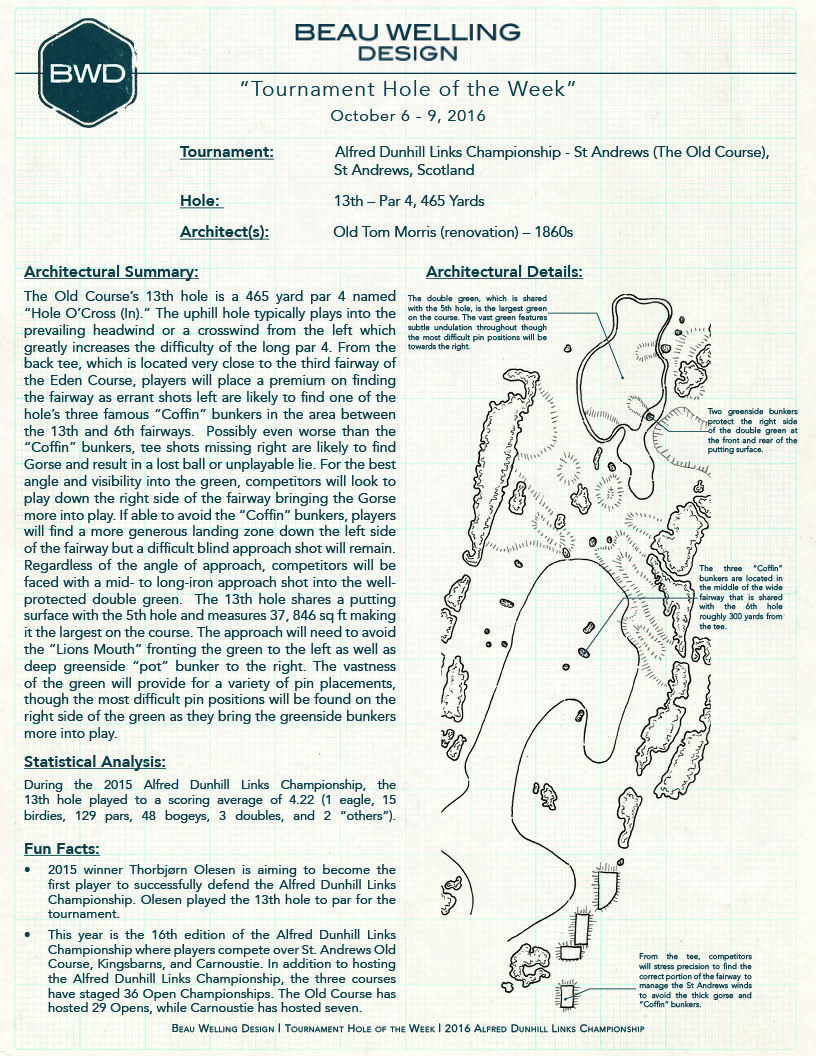 The Old Course’s 13th hole is a 465 yard par 4 named “Hole O’Cross (In).” The uphill hole typically plays into the prevailing headwind or a crosswind from the left which greatly increases the difficulty of the long par 4. From the back tee, which is located very close to the third fairway of the Eden Course, players will place a premium on finding the fairway as errant shots left are likely to find one of the hole’s three famous “Coffin” bunkers in the area between the 13th and 6th fairways. Possibly even worse than the “Coffin” bunkers, tee shots missing right are likely to find Gorse and result in a lost ball or unplayable lie. For the best angle and visibility into the green, competitors will look to play down the right side of the fairway bringing the Gorse more into play. If able to avoid the “Coffin” bunkers, players will find a more generous landing zone down the left side of the fairway but a difficult blind approach shot will remain. Regardless of the angle of approach, competitors will be faced with a mid- to long-iron approach shot into the well-protected double green. The 13th hole shares a putting surface with the 5th hole and measures 37, 846 sq ft making it the largest on the course. The approach will need to avoid the “Lions Mouth” fronting the green to the left as well as deep greenside “pot” bunker to the right. The vastness of the green will provide for a variety of pin placements, though the most difficult pin positions will be found on the right side of the green as they bring the greenside bunkers more into play.