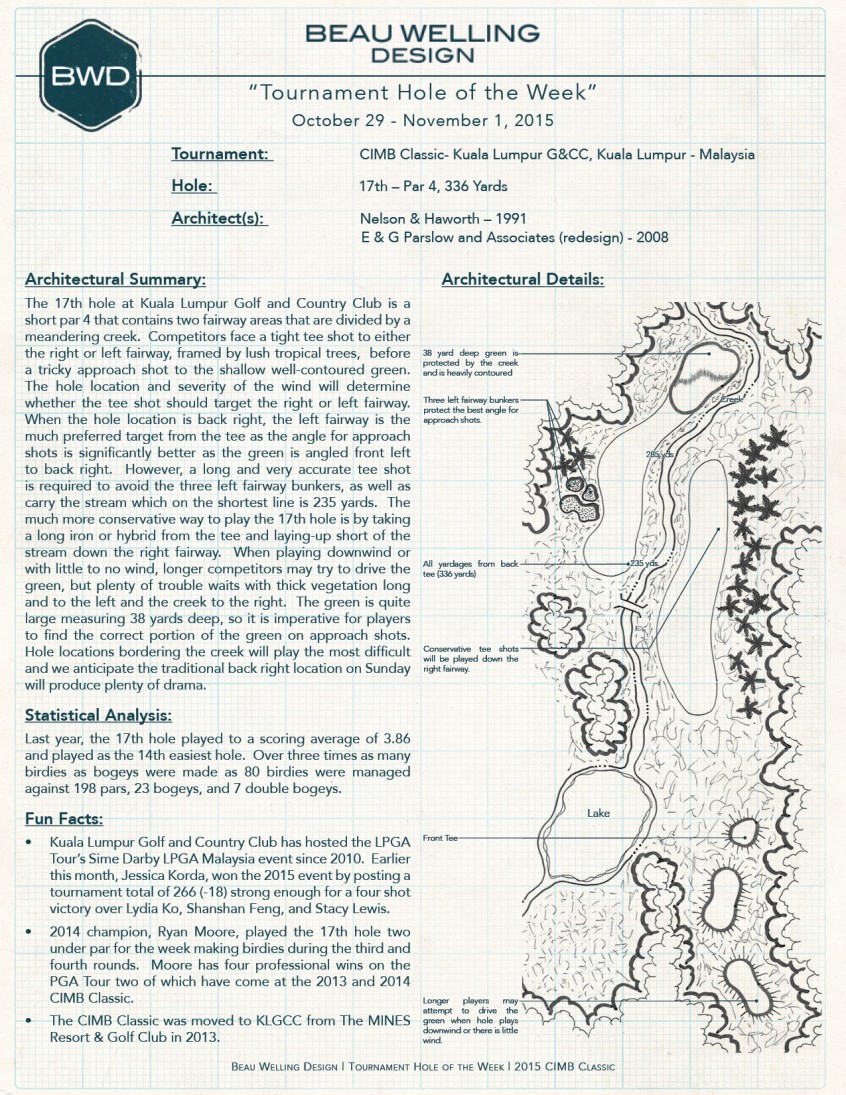 The 17th hole at Kuala Lumpur Golf and Country Club is a short par 4 that contains two fairway areas that are divided by a meandering creek.  Competitors face a tight tee shot to either the right or left fairway, framed by lush tropical trees,  before a tricky approach shot to the shallow well-contoured green.   The hole location and severity of the wind will determine whether the tee shot should target the right or left fairway.  When the hole location is back right, the left fairway is the much preferred target from the tee as the angle for approach shots is significantly better as the green is angled front left to back right.  However, a long and very accurate tee shot is required to avoid the three left fairway bunkers, as well as carry the stream which on the shortest line is 235 yards.  The much more conservative way to play the 17th hole is by taking a long iron or hybrid from the tee and laying-up short of the stream down the right fairway.  When playing downwind or with little to no wind, longer competitors may try to drive the green, but plenty of trouble waits with thick vegetation long and to the left and the creek to the right.  The green is quite large measuring 38 yards deep, so it is imperative for players to find the correct portion of the green on approach shots.  Hole locations bordering the creek will play the most difficult and we anticipate the traditional back right location on Sunday will produce plenty of drama.

Last year, the 17th hole played to a scoring average of 3.86 and played as the 14th easiest hole.  Over three times as many birdies as bogeys were made as 80 birdies were managed against 198 pars, 23 bogeys, and 7 double bogeys.