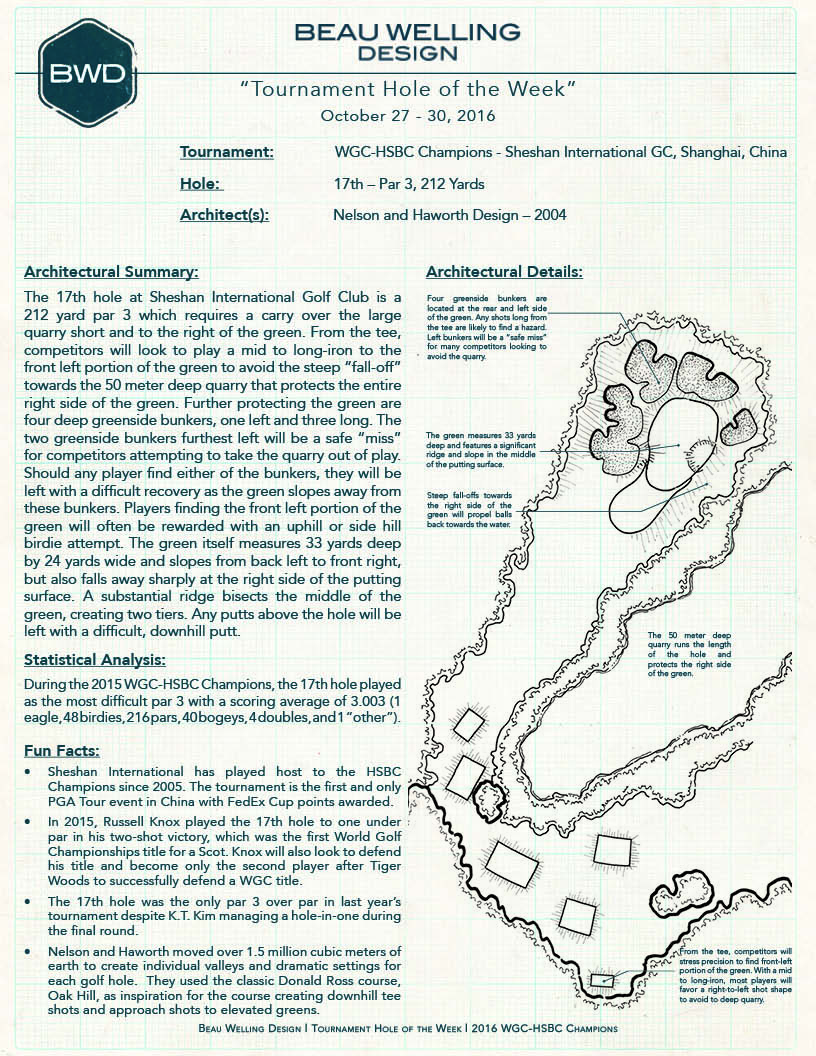 The 17th hole at Sheshan International Golf Club is a 212 yard par 3 which requires a carry over the large quarry short and to the right of the green. From the tee, competitors will look to play a mid to long-iron to the front left portion of the green to avoid the steep “fall-off” towards the 50 meter deep quarry that protects the entire right side of the green. Further protecting the green are four deep greenside bunkers, one left and three long. The two greenside bunkers furthest left will be a safe “miss” for competitors attempting to take the quarry out of play. Should any player find either of the bunkers, they will be left with a difficult recovery as the green slopes away from these bunkers. Players finding the front left portion of the green will often be rewarded with an uphill or side hill birdie attempt. The green itself measures 33 yards deep by 24 yards wide and slopes from back left to front right, but also falls away sharply at the right side of the putting surface. A substantial ridge bisects the middle of the green, creating two tiers. Any putts above the hole will be left with a difficult, downhill putt.