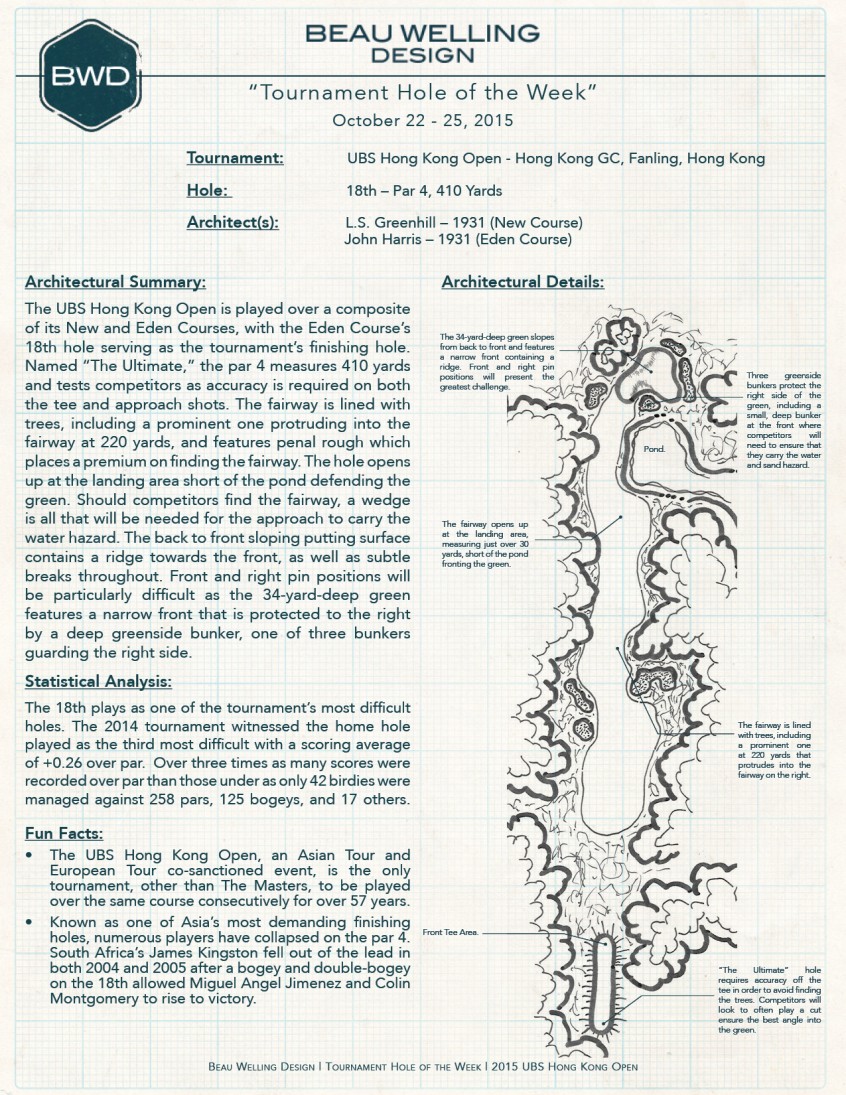 The UBS Hong Kong Open is played over a composite of its New and Eden Courses, with the Eden Course’s 18th hole serving as the tournament’s finishing hole. Named “The Ultimate,” the par 4 measures 410 yards and tests competitors as accuracy is required on both the tee and approach shots. The fairway is lined with trees, including a prominent one protruding into the fairway at 220 yards, and features penal rough which places a premium on finding the fairway. The hole opens up at the landing area short of the pond defending the green. Should competitors find the fairway, a wedge is all that will be needed for the approach to carry the water hazard. The back to front sloping putting surface contains a ridge towards the front, as well as subtle breaks throughout. Front and right pin positions will be particularly difficult as the 34-yard-deep green features a narrow front that is protected to the right by a deep greenside bunker, one of three bunkers guarding the right side.

The 18th plays as one of the tournament’s most difficult holes. The 2014 tournament witnessed the home hole played as the third most difficult with a scoring average of +0.26 over par. Over three times as many scores were recorded over par than those under as only 42 birdies were managed against 258 pars, 125 bogeys, and 17 others.