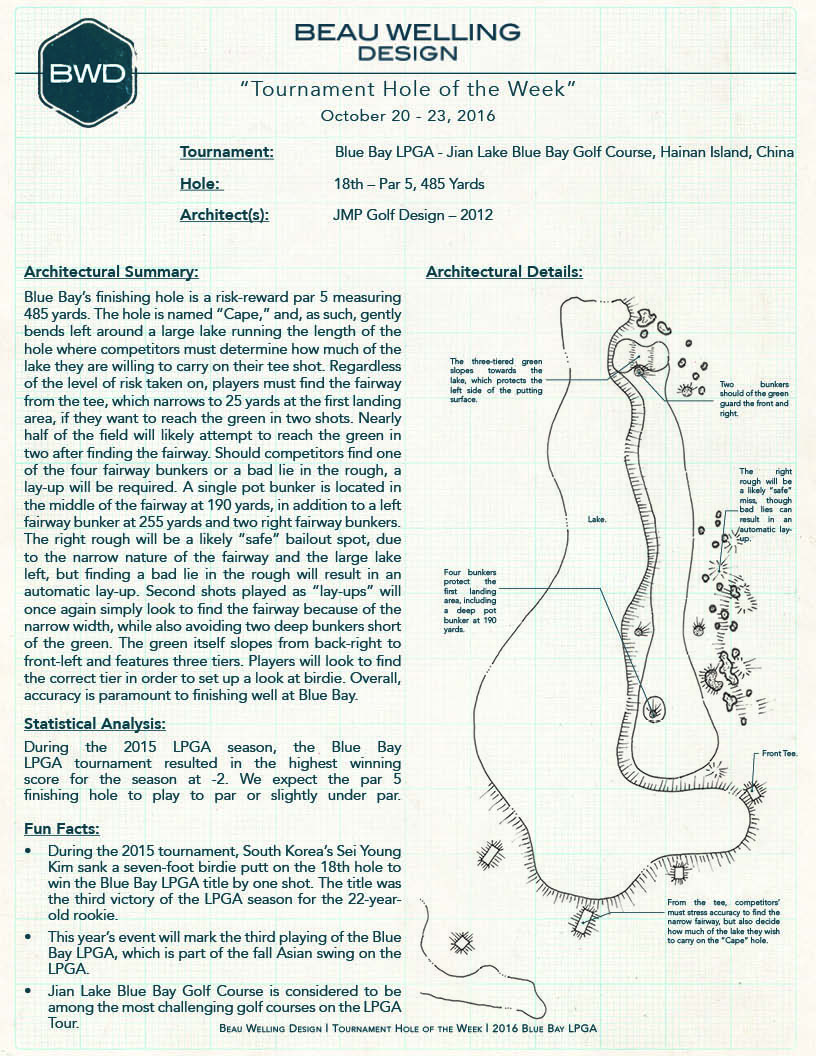 Blue Bay’s finishing hole is a risk-reward par 5 measuring 485 yards. The hole is named “Cape,” and, as such, gently bends left around a large lake running the length of the hole where competitors must determine how much of the lake they are willing to carry on their tee shot. Regardless of the level of risk taken on, players must find the fairway from the tee, which narrows to 25 yards at the first landing area, if they want to reach the green in two shots. Nearly half of the field will likely attempt to reach the green in two after finding the fairway. Should competitors find one of the four fairway bunkers or a bad lie in the rough, a lay-up will be required. A single pot bunker is located in the middle of the fairway at 190 yards, in addition to a left fairway bunker at 255 yards and two right fairway bunkers. The right rough will be a likely “safe” bailout spot, due to the narrow nature of the fairway and the large lake left, but finding a bad lie in the rough will result in an automatic lay-up. Second shots played as “lay-ups” will once again simply look to find the fairway because of the narrow width, while also avoiding two deep bunkers short of the green. The green itself slopes from back-right to front-left and features three tiers. Players will look to find the correct tier in order to set up a look at birdie. Overall, accuracy is paramount to finishing well at Blue Bay.

During the 2015 LPGA season, the Blue Bay LPGA tournament resulted in the highest winning score for the season at -2. We expect the par 5 finishing hole to play to par or slightly under par.