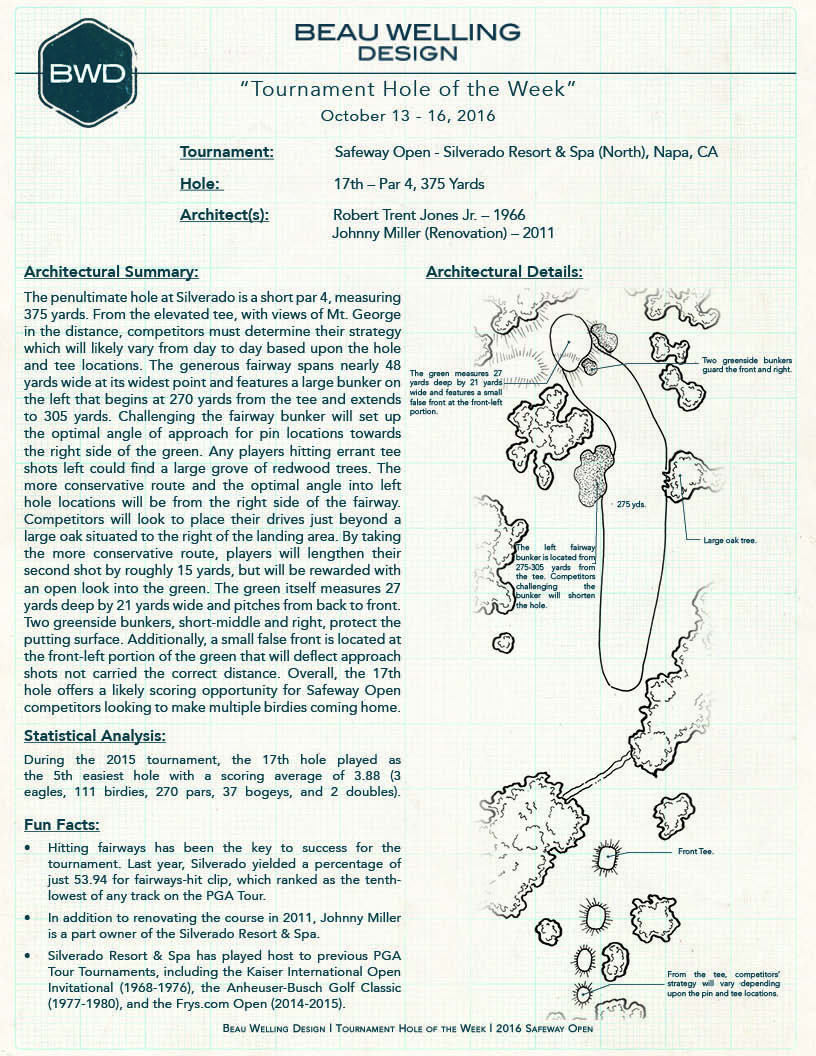 The penultimate hole at Silverado is a short par 4, measuring 375 yards. From the elevated tee, with views of Mt. George in the distance, competitors must determine their strategy which will likely vary from day to day based upon the hole and tee locations. The generous fairway spans nearly 48 yards wide at its widest point and features a large bunker on the left that begins at 270 yards from the tee and extends to 305 yards. Challenging the fairway bunker will set up the optimal angle of approach for pin locations towards the right side of the green. Any players hitting errant tee shots left could find a large grove of redwood trees. The more conservative route and the optimal angle into left hole locations will be from the right side of the fairway. Competitors will look to place their drives just beyond a large oak situated to the right of the landing area. By taking the more conservative route, players will lengthen their second shot by roughly 15 yards, but will be rewarded with an open look into the green. The green itself measures 27 yards deep by 21 yards wide and pitches from back to front. Two greenside bunkers, short-middle and right, protect the putting surface. Additionally, a small false front is located at the front-left portion of the green that will deflect approach shots not carried the correct distance. Overall, the 17th hole offers a likely scoring opportunity for Safeway Open competitors looking to make multiple birdies coming home.