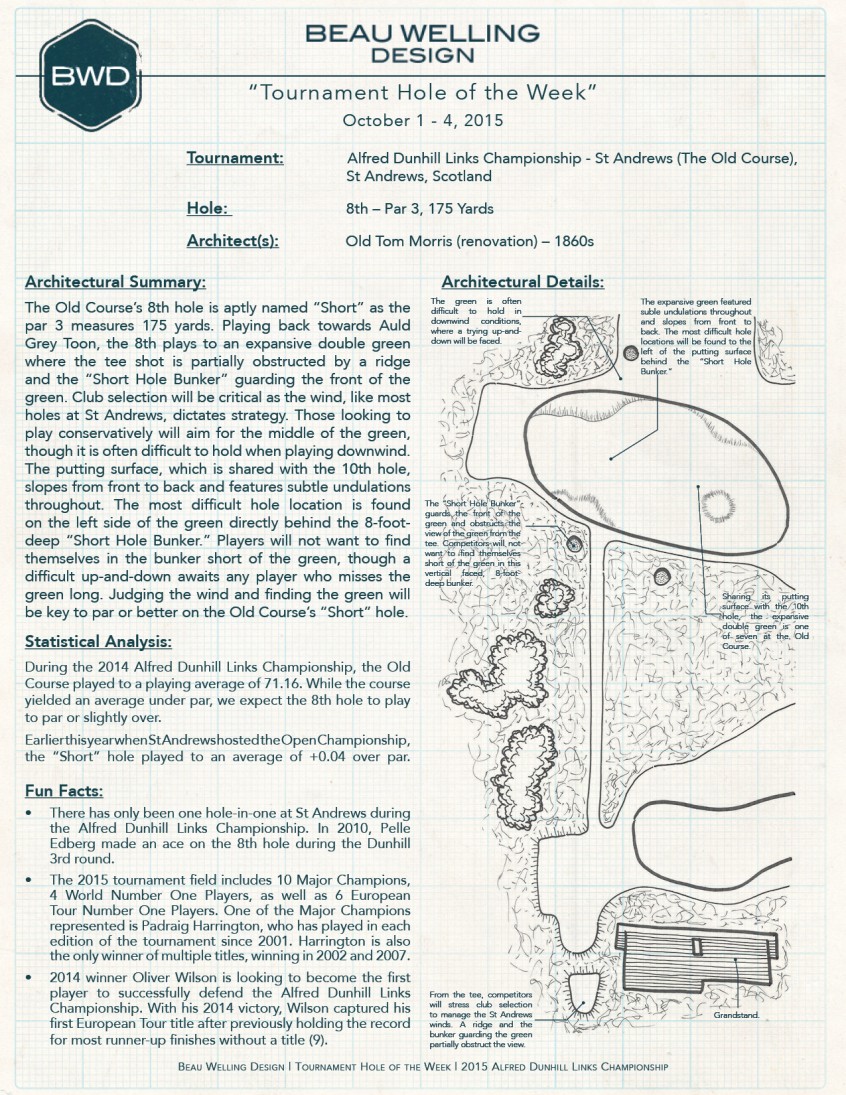 The Old Course’s 8th hole is aptly named “Short” as the par 3 measures 175 yards. Playing back towards Auld Grey Toon, the 8th plays to an expansive double green where the tee shot is partially obstructed by a ridge and the “Short Hole Bunker” guarding the front of the green. Club selection will be critical as the wind, like most holes at St Andrews, dictates strategy. Those looking to play conservatively will aim for the middle of the green, though it is often difficult to hold when playing downwind. The putting surface, which is shared with the 10th hole, slopes from front to back and features subtle undulations throughout. The most difficult hole location is found on the left side of the green directly behind the 8 foot deep “Short Hole Bunker.”  Players will not want to find themselves in the bunker short of the green, though a difficult up-and-down awaits any player who misses the green long. Judging the wind and finding the green will be key to par or better on the Old Course’s “Short” hole.

During the 2014 Alfred Dunhill Links Championship, the Old Course played to a playing average of 71.16. While the course yielded an average under par, we expect the 8th hole to play to par or slightly over.

Earlier this year when St Andrews hosted the Open Championship, the “Short” hole played to an average of +0.04 over par.