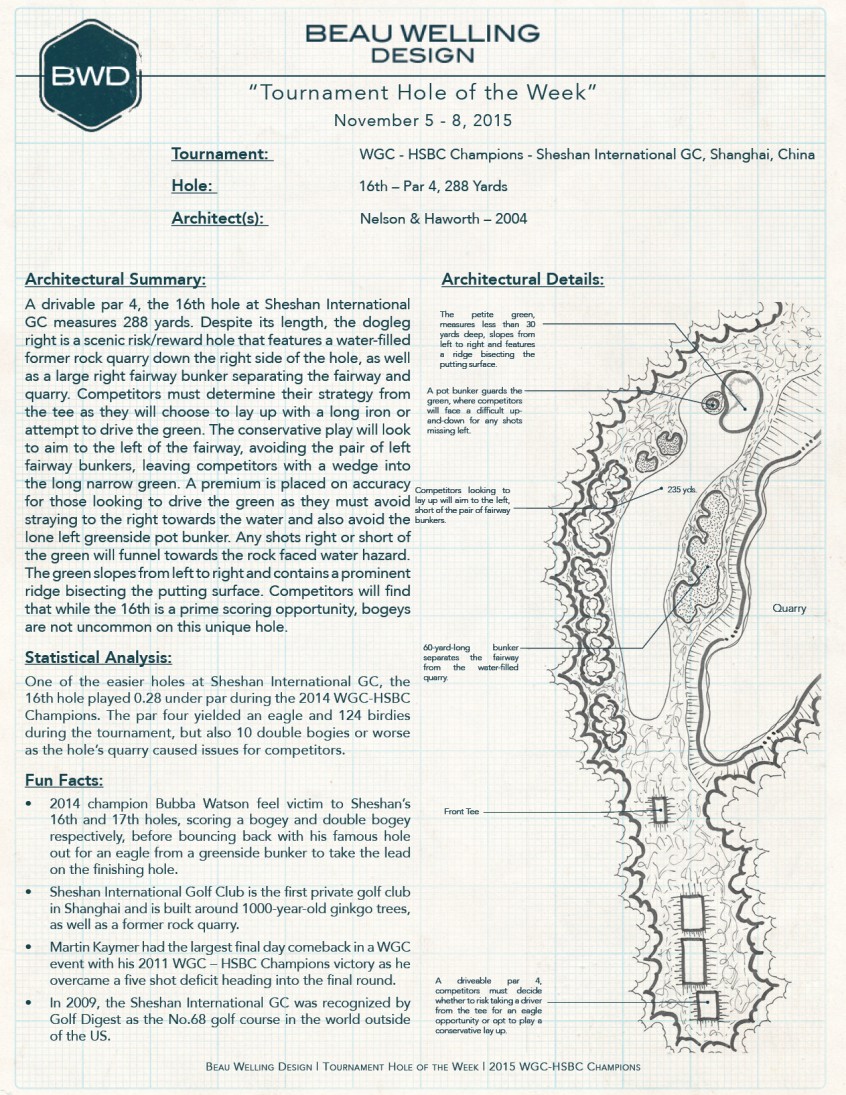 Architectural Summary:
A drivable par 4, the 16th hole at Sheshan International GC measures 288 yards. Despite its length, the dogleg right is a scenic risk/reward hole that features a water-filled former rock quarry down the right side of the hole, as well as a large right fairway bunker separating the fairway and quarry. Competitors must determine their strategy from the tee as they will choose to lay up with a long iron or attempt to drive the green. The conservative play will look to aim to the left of the fairway, avoiding the pair of left fairway bunkers, leaving competitors with a wedge into the long narrow green. A premium is placed on accuracy for those looking to drive the green as they must avoid straying to the right towards the water and also avoid the lone left greenside pot bunker. Any shots right or short of the green will funnel towards the rock faced water hazard. The green slopes from left to right and contains a prominent ridge bisecting the putting surface. Competitors will find that while the 16th is a prime scoring opportunity, bogeys are not uncommon on this unique hole.
Statistical Analysis:
One of the easier holes at Sheshan International GC, the 16th hole played 0.28 under par during the 2014 WGC-HSBC Champions. The par four yielded an eagle and 124 birdies during the tournament, but also 10 double bogies or worse as the hole’s quarry caused issues for competitors.
Fun Facts: