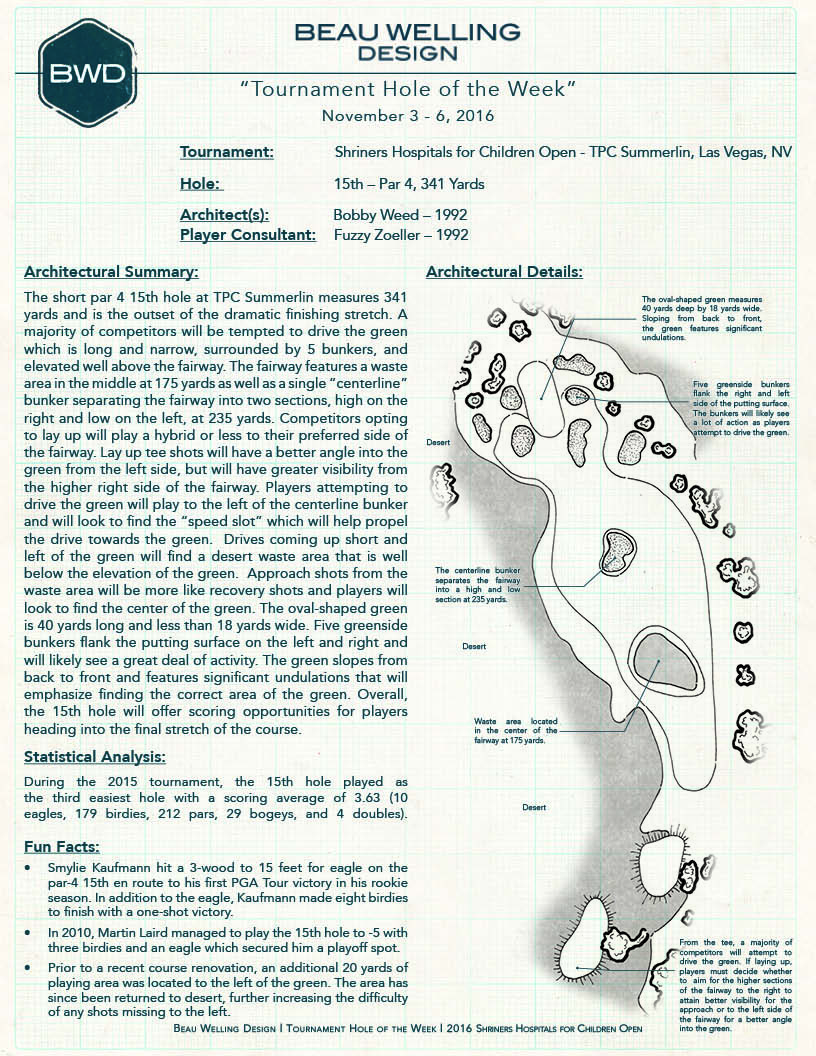 The short par 4 15th hole at TPC Summerlin measures 341 yards and is the outset of the dramatic finishing stretch. A majority of competitors will be tempted to drive the green which is long and narrow, surrounded by 5 bunkers, and elevated well above the fairway. The fairway features a waste area in the middle at 175 yards as well as a single “centerline” bunker separating the fairway into two sections, high on the right and low on the left, at 235 yards. Competitors opting to lay up will play a hybrid or less to their preferred side of the fairway. Lay up tee shots will have a better angle into the green from the left side, but will have greater visibility from the higher right side of the fairway. Players attempting to drive the green will play to the left of the centerline bunker and will look to find the “speed slot” which will help propel the drive towards the green.  Drives coming up short and left of the green will find a desert waste area that is well below the elevation of the green.  Approach shots from the waste area will be more like recovery shots and players will look to find the center of the green. The oval-shaped green is 40 yards long and less than 18 yards wide. Five greenside bunkers flank the putting surface on the left and right and will likely see a great deal of activity. The green slopes from back to front and features significant undulations that will emphasize finding the correct area of the green. Overall, the 15th hole will offer scoring opportunities for players heading into the final stretch of the course.