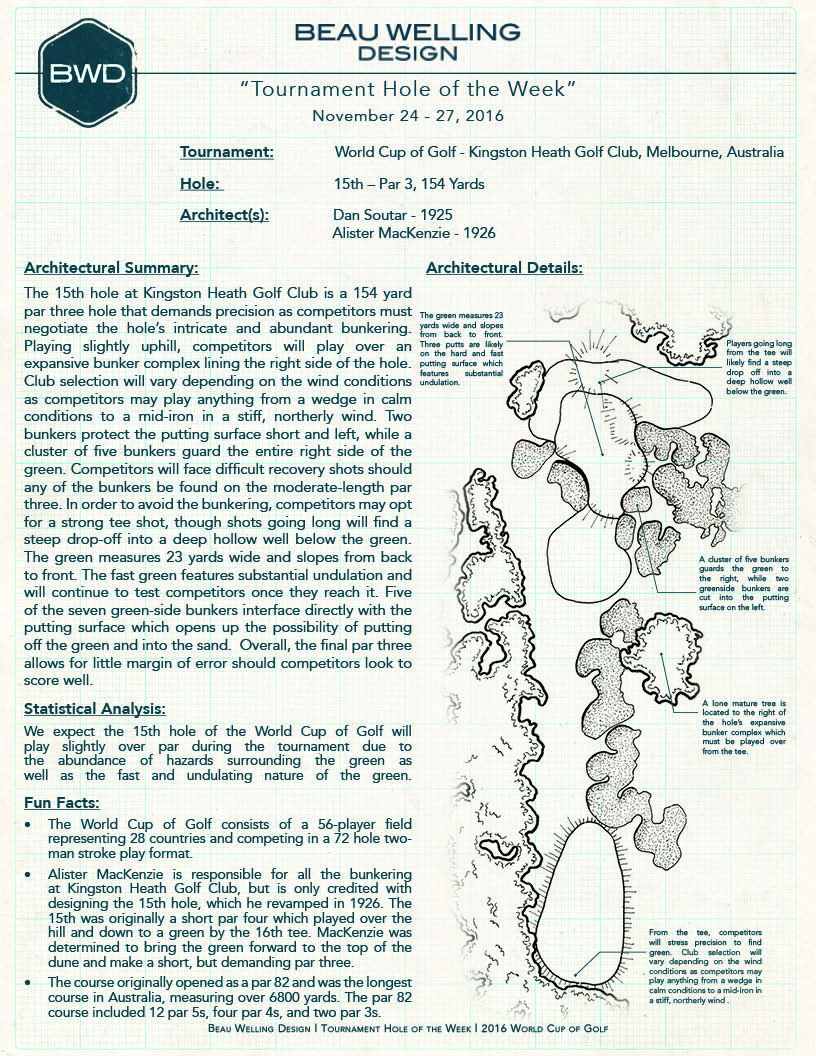 The 15th hole at Kingston Heath Golf Club is a 154 yard par three hole that demands precision as competitors must negotiate the hole’s intricate and abundant bunkering. Playing slightly uphill, competitors will play over an expansive bunker complex lining the right side of the hole. Club selection will vary depending on the wind conditions as competitors may play anything from a wedge in calm conditions to a mid-iron in a stiff, northerly wind. Two bunkers protect the putting surface short and left, while a cluster of five bunkers guard the entire right side of the green. Competitors will face difficult recovery shots should any of the bunkers be found on the moderate-length par three. In order to avoid the bunkering, competitors may opt for a strong tee shot, though shots going long will find a steep drop-off into a deep hollow well below the green. The green measures 23 yards wide and slopes from back to front. The fast green features substantial undulation and will continue to test competitors once they reach it. Five of the seven green-side bunkers interface directly with the putting surface which opens up the possibility of putting off the green and into the sand. Overall, the final par three allows for little margin of error should competitors look to score well.

We expect the 15th hole of the World Cup of Golf will play slightly over par during the tournament due to the abundance of hazards surrounding the green as well as the fast and undulating nature of the green.