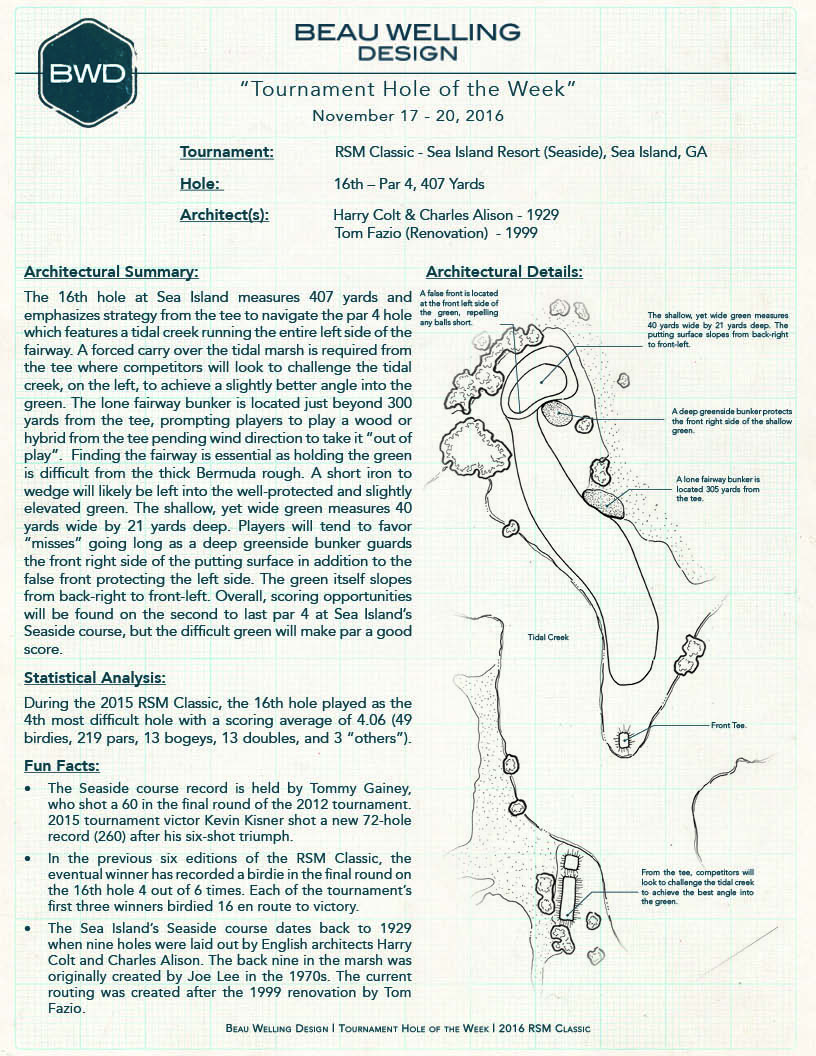 The 16th hole at Sea Island measures 407 yards and emphasizes strategy from the tee to navigate the par 4 hole which features a tidal creek running the entire left side of the fairway. A forced carry over the tidal marsh is required from the tee where competitors will look to challenge the tidal creek, on the left, to achieve a slightly better angle into the green. The lone fairway bunker is located just beyond 300 yards from the tee, prompting players to play a wood or hybrid from the tee pending wind direction to take it “out of play”. Finding the fairway is essential as holding the green is difficult from the thick Bermuda rough. A short iron to wedge will likely be left into the well-protected and slightly elevated green. The shallow, yet wide green measures 40 yards wide by 21 yards deep. Players will tend to favor “misses” going long as a deep greenside bunker guards the front right side of the putting surface in addition to the false front protecting the left side. The green itself slopes from back-right to front-left. Overall, scoring opportunities will be found on the second to last par 4 at Sea Island’s Seaside course, but the difficult green will make par a good score.