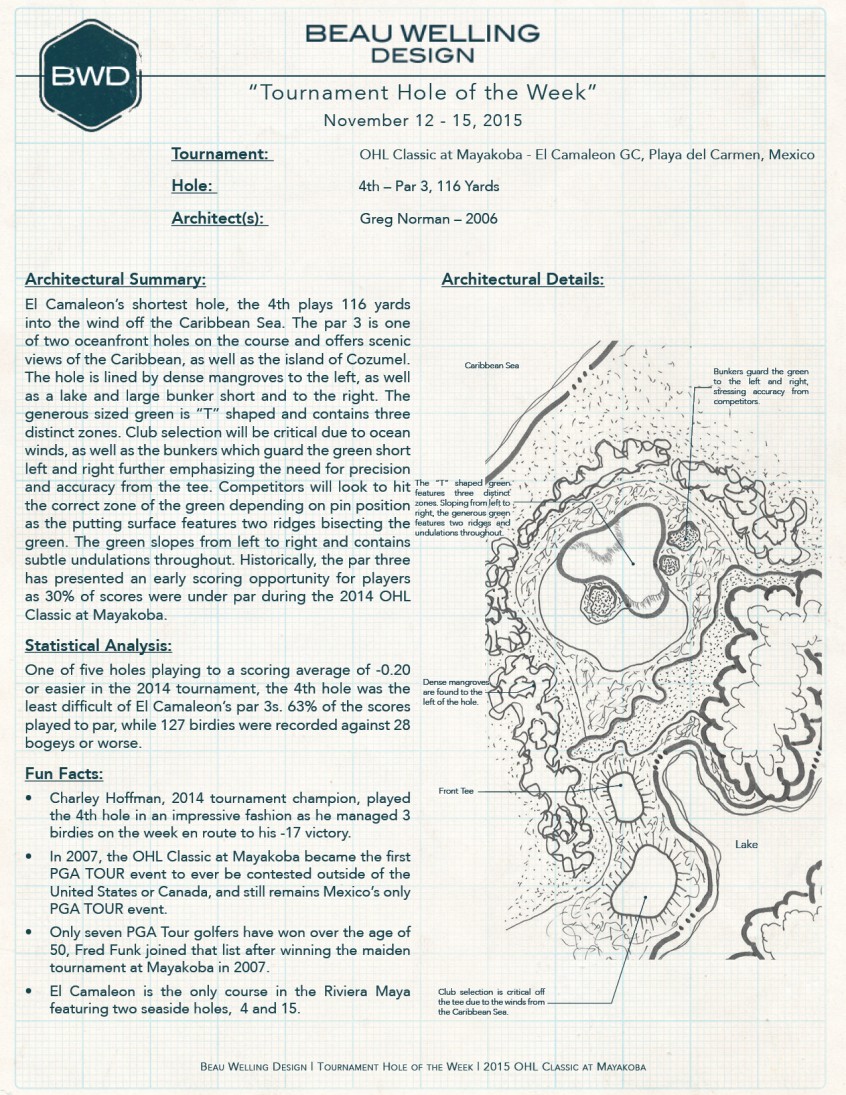 Architectural Summary:
El Camaleon’s shortest hole, the 4th plays 116 yards into the wind off the Caribbean Sea. The par 3 is one of two oceanfront holes on the course and offers scenic views of the Caribbean, as well as the island of Cozumel. The hole is lined by dense mangroves to the left, as well as a lake and large bunker short and to the right. The generous sized green is “T” shaped and contains three distinct zones. Club selection will be critical due to ocean winds, as well as the bunkers which guard the green short left and right further emphasizing the need for precision and accuracy from the tee. Competitors will look to hit the correct zone of the green depending on pin position as the putting surface features two ridges bisecting the green. The green slopes from left to right and contains subtle undulations throughout. Historically, the par three has presented an early scoring opportunity for players as 30% of scores were under par during the 2014 OHL Classic at Mayakoba.

Statistical Analysis:
One of five holes playing to a scoring average of -0.20 or easier in the 2014 tournament, the 4th hole was the least difficult of El Camaleon’s par 3s. 63% of the scores played to par, while 127 birdies were recorded against 28 bogeys or worse.