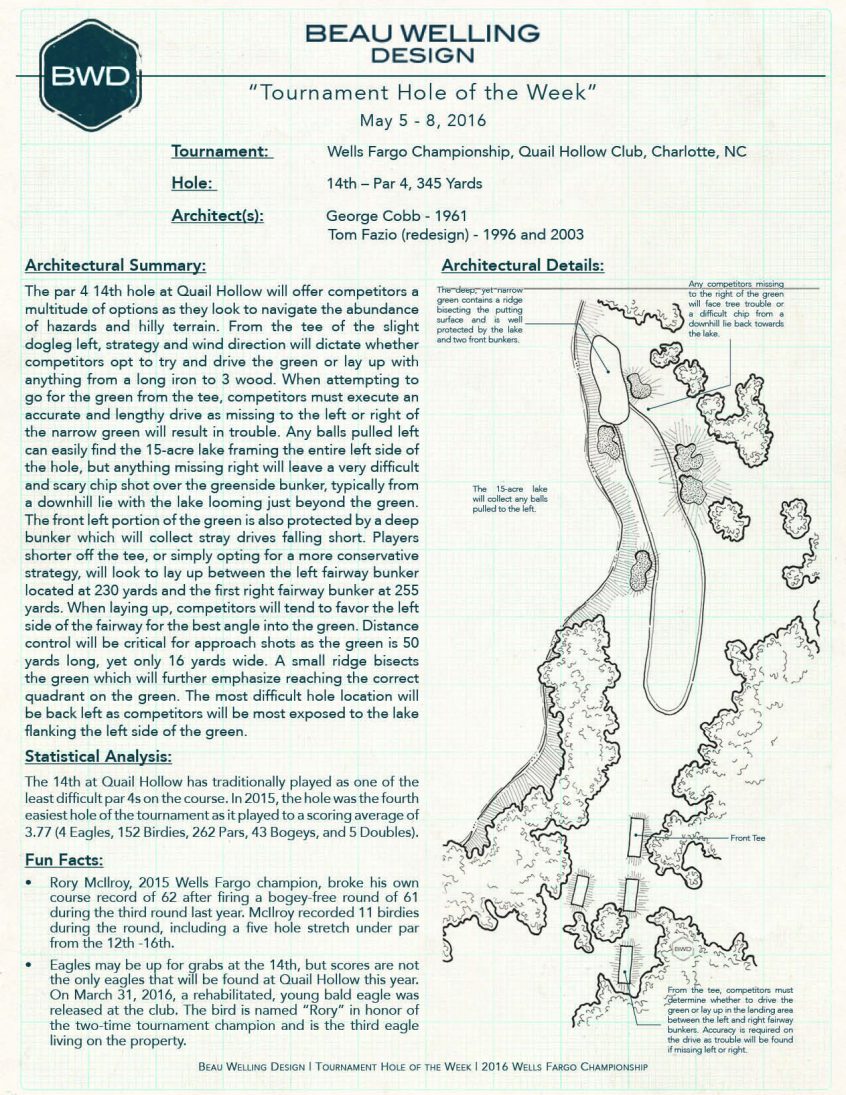 The par 4 14th hole at Quail Hollow will offer competitors a multitude of options as they look to navigate the abundance of hazards and hilly terrain. From the tee of the slight dogleg left, strategy and wind direction will dictate whether competitors opt to try and drive the green or lay up with anything from a long iron to 3 wood. When attempting to go for the green from the tee, competitors must execute an accurate and lengthy drive as missing to the left or right of the narrow green will result in trouble. Any balls pulled left can easily find the 15-acre lake framing the entire left side of the hole, but anything missing right will leave a very difficult and scary chip shot over the greenside bunker, typically from a downhill lie with the lake looming just beyond the green. The front left portion of the green is also protected by a deep bunker which will collect stray drives falling short. Players shorter off the tee, or simply opting for a more conservative strategy, will look to lay up between the left fairway bunker located at 230 yards and the first right fairway bunker at 255 yards. When laying up, competitors will tend to favor the left side of the fairway for the best angle into the green. Distance control will be critical for approach shots as the green is 50 yards long, yet only 16 yards wide. A small ridge bisects the green which will further emphasize reaching the correct quadrant on the green. The most difficult hole location will be back left as competitors will be most exposed to the lake flanking the left side of the green.

The 14th at Quail Hollow has traditionally played as one of the least difficult par 4s on the course. In 2015, the hole was the fourth easiest hole of the tournament as it played to a scoring average of 3.77 (4 Eagles, 152 Birdies, 262 Pars, 43 Bogeys, and 5 Doubles).