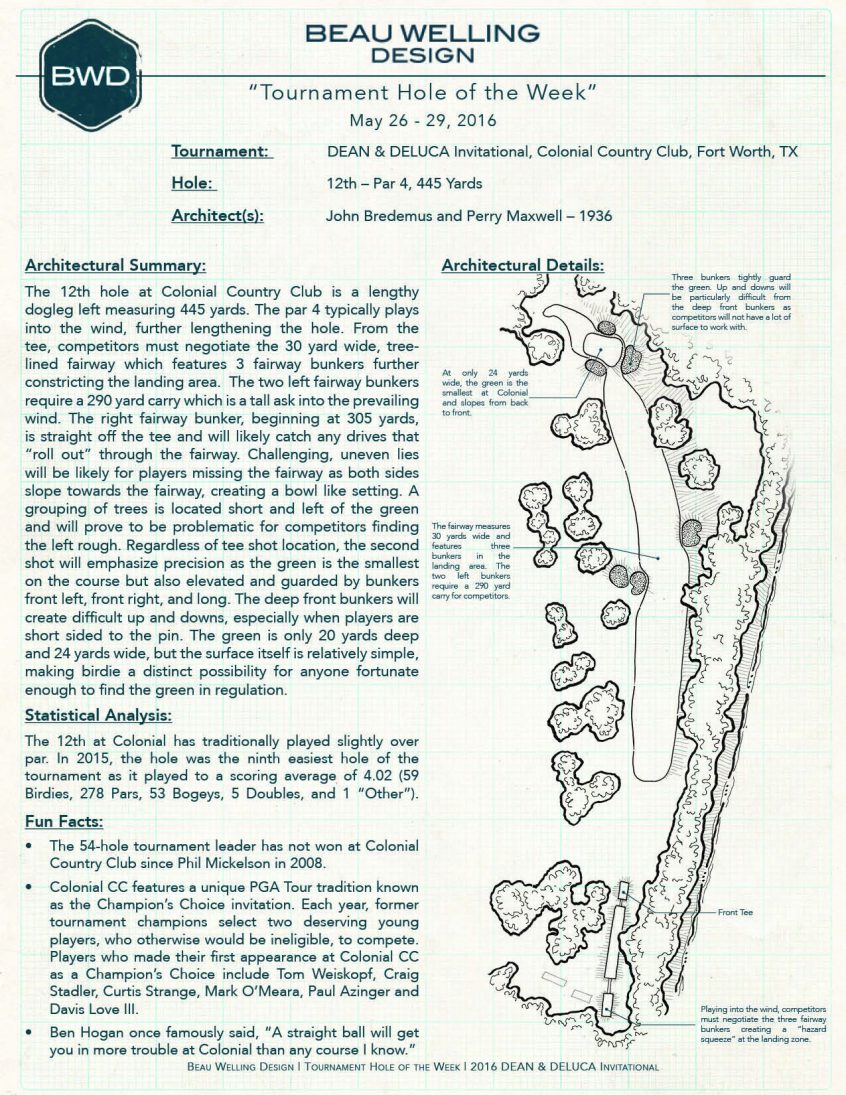 The 12th hole at Colonial Country Club is a lengthy dogleg left measuring 445 yards. The par 4 typically plays into the wind, further lengthening the hole. From the tee, competitors must negotiate the 30 yard wide, tree-lined fairway which features 3 fairway bunkers further constricting the landing area. The two left fairway bunkers require a 290 yard carry which is a tall ask into the prevailing wind. The right fairway bunker, beginning at 305 yards, is straight off the tee and will likely catch any drives that “roll out” through the fairway. Challenging, uneven lies will be likely for players missing the fairway as both sides slope towards the fairway, creating a bowl like setting. A grouping of trees is located short and left of the green and will prove to be problematic for competitors finding the left rough. Regardless of tee shot location, the second shot will emphasize precision as the green is the smallest on the course but also elevated and guarded by bunkers front left, front right, and long. The deep front bunkers will create difficult up and downs, especially when players are short sided to the pin. The green is only 20 yards deep and 24 yards wide, but the surface itself is relatively simple, making birdie a distinct possibility for anyone fortunate enough to find the green in regulation.