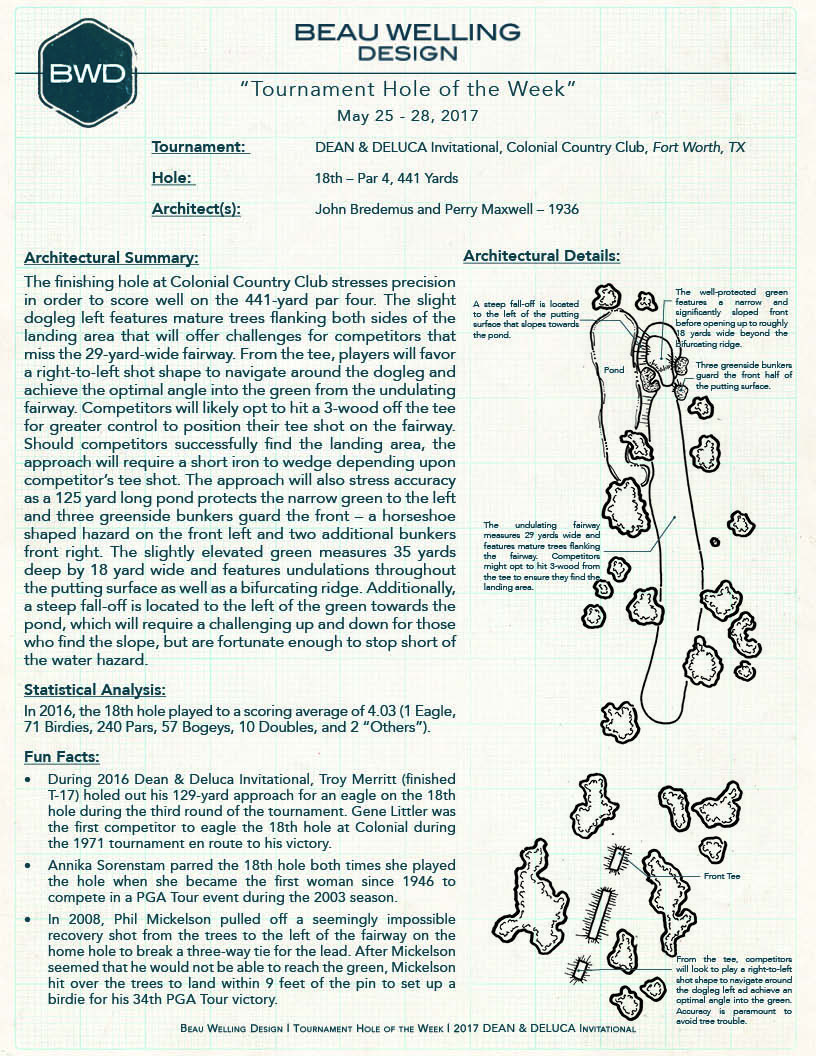 Architectural Summary:
The finishing hole at Colonial Country Club stresses precision in order to score well on the 441-yard par four. The slight dogleg left features mature trees flanking both sides of the landing area that will offer challenges for competitors that miss the 29-yard-wide fairway. From the tee, players will favor a right-to-left shot shape to navigate around the dogleg and achieve the optimal angle into the green from the undulating fairway. Competitors will likely opt to hit a 3-wood off the tee for greater control to position their tee shot on the fairway. Should competitors successfully find the landing area, the approach will require a short iron to wedge depending upon competitor’s tee shot. The approach will also stress accuracy as a 125 yard long pond protects the narrow green to the left and three greenside bunkers guard the front – a horseshoe-shaped hazard on the front left and two additional bunkers front right. The slightly elevated green measures 35 yards deep by 18 yard wide and features undulations throughout the putting surface as well as a bifurcating ridge. Additionally, a steep fall-off is located to the left of the green towards the pond, which will require a challenging up and down for those who find the slope but are fortunate enough to stop short of the water hazard.