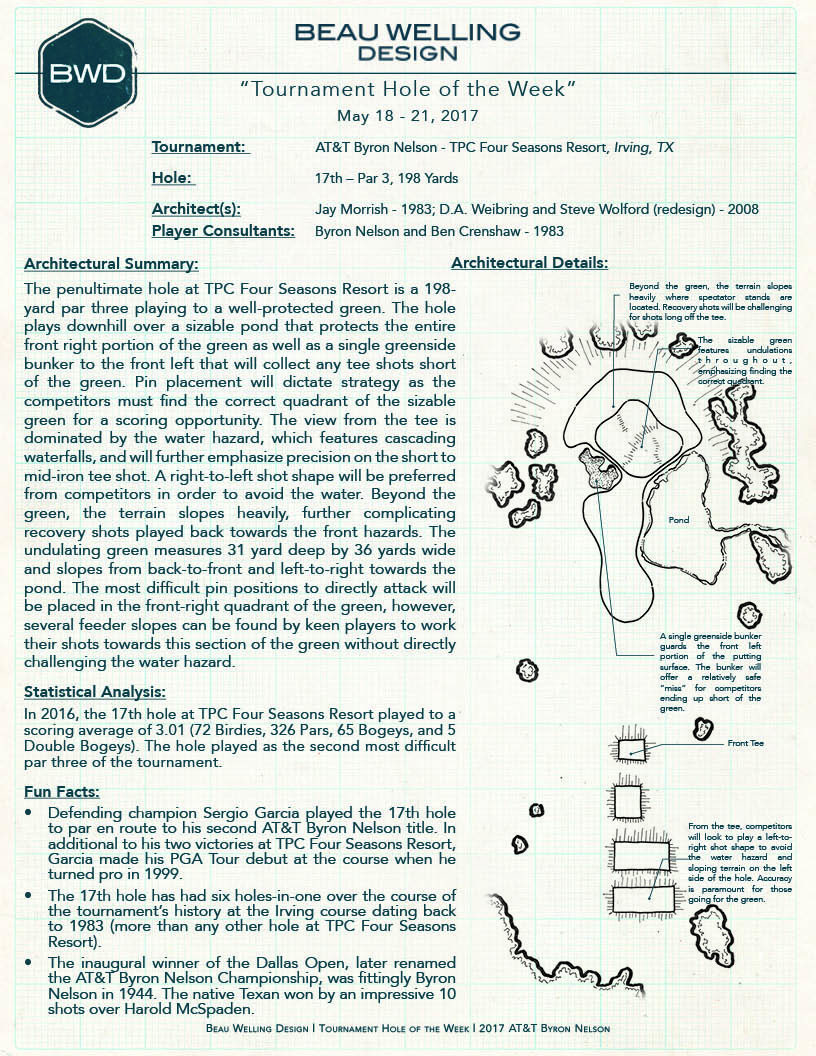 The penultimate hole at TPC Four Seasons Resort is a 198-yard par three playing to a well-protected green. The hole plays downhill over a sizable pond that protects the entire front right portion of the green as well as a single greenside bunker to the front left that will collect any tee shots short of the green. Pin placement will dictate strategy as the competitors must find the correct quadrant of the sizable green for a scoring opportunity. The view from the tee is dominated by the water hazard, which features cascading waterfalls, and will further emphasize precision on the short to mid-iron tee shot. A right-to-left shot shape will be preferred from competitors in order to avoid the water. Beyond the green, the terrain slopes heavily, further complicating recovery shots played back towards the front hazards. The undulating green measures 31 yard deep by 36 yards wide and slopes from back-to-front and left-to-right towards the pond. The most difficult pin positions to directly attack will be placed in the front-right quadrant of the green, however, several feeder slopes can be found by keen players to work their shots towards this section of the green without directly challenging the water hazard.