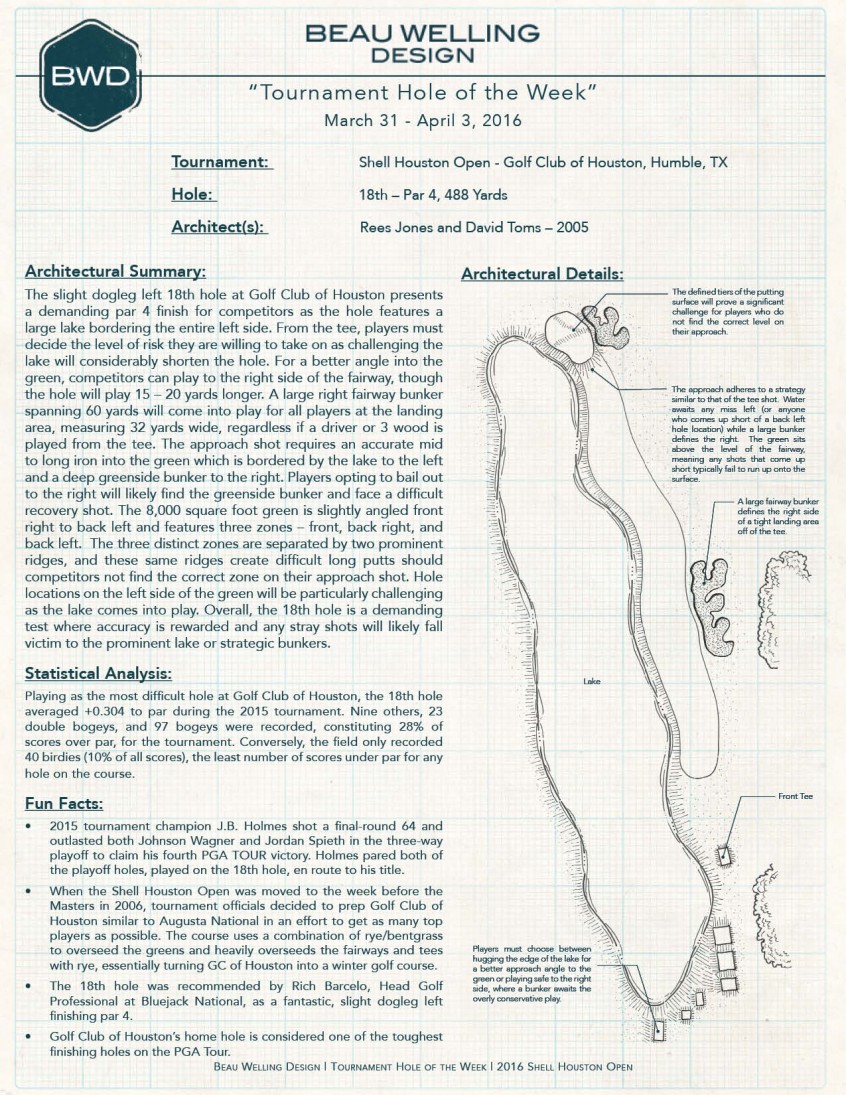 The slight dogleg left 18th hole at Golf Club of Houston presents a demanding par 4 finish for competitors as the hole features a large lake bordering the entire left side. From the tee, players must decide the level of risk they are willing to take on as challenging the lake will considerably shorten the hole. For a better angle into the green, competitors can play to the right side of the fairway, though the hole will play 15 – 20 yards longer. A large right fairway bunker spanning 60 yards will come into play for all players at the landing area, measuring 32 yards wide, regardless if a driver or 3 wood is played from the tee. The approach shot requires an accurate mid to long iron into the green which is bordered by the lake to the left and a deep greenside bunker to the right. Players opting to bail out to the right will likely find the greenside bunker and face a difficult recovery shot. The 8,000 square foot green is slightly angled front right to back left and features three zones – front, back right, and back left. The three distinct zones are separated by two prominent ridges, and these same ridges create difficult long putts should competitors not find the correct zone on their approach shot. Hole locations on the left side of the green will be particularly challenging as the lake comes into play. Overall, the 18th hole is a demanding test where accuracy is rewarded and any stray shots will likely fall victim to the prominent lake or strategic bunkers.

Playing as the most difficult hole at Golf Club of Houston, the 18th hole averaged +0.304 to par during the 2015 tournament. Nine others, 23 double bogeys, and 97 bogeys were recorded, constituting 28% of scores over par, for the tournament. Conversely, the field only recorded 40 birdies (10% of all scores), the least number of scores under par for any hole on the course.