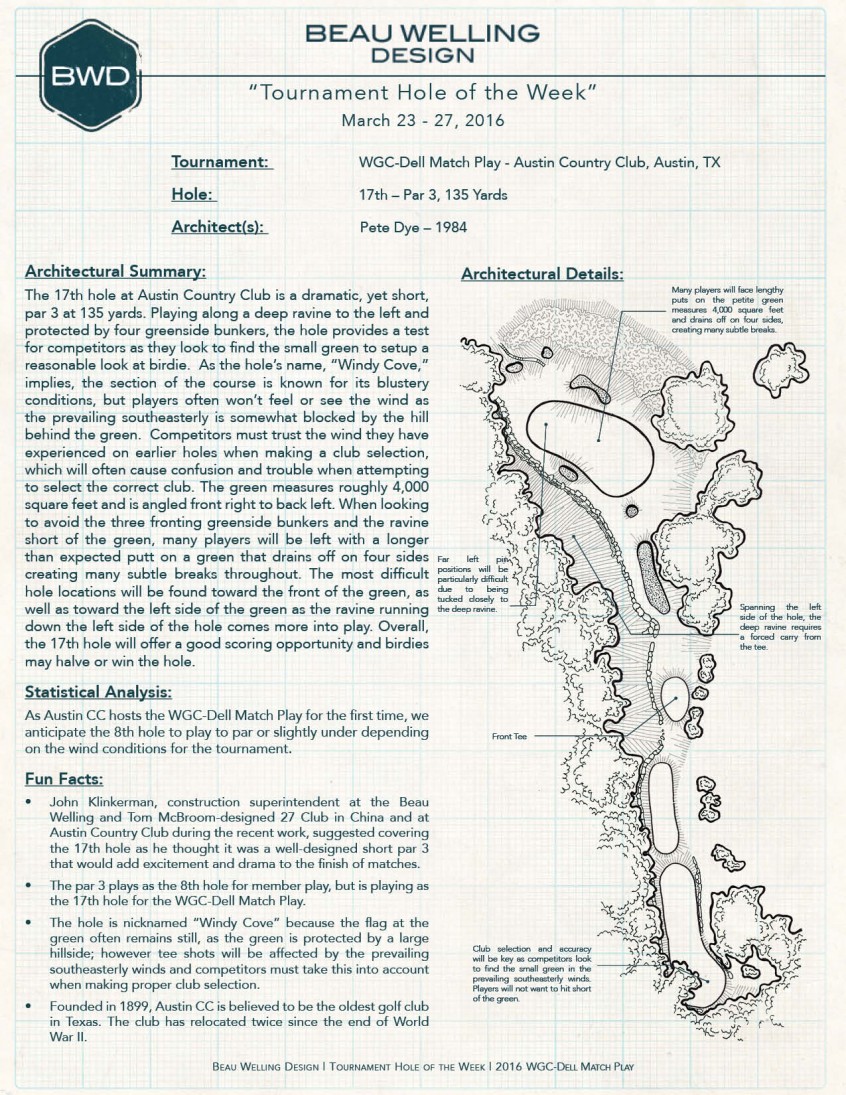 The 17th hole at Austin Country Club is a dramatic, yet short, par 3 at 135 yards. Playing along a deep ravine to the left and protected by four greenside bunkers, the hole provides a test for competitors as they look to find the small green to setup a reasonable look at birdie.  As the hole’s name, “Windy Cove,” implies, the section of the course is known for its blustery conditions, but players often won’t feel or see the wind as the prevailing southeasterly is somewhat blocked by the hill behind the green.  Competitors must trust the wind they have experienced on earlier holes when making a club selection, which will often cause confusion and trouble when attempting to select the correct club. The green measures roughly 4,000 square feet and is angled front right to back left. When looking to avoid the three fronting greenside bunkers and the ravine short of the green, many players will be left with a longer than expected putt on a green that drains off on four sides creating many subtle breaks throughout. The most difficult hole locations will be found toward the front of the green, as well as toward the left side of the green as the ravine running down the left side of the hole comes more into play. Overall, the 17th hole will offer a good scoring opportunity and birdies may halve or win the hole.

As Austin CC hosts the WGC-Dell Match Play for the first time, we anticipate the 8th hole to play to par or slightly under depending on the wind conditions for the tournament.