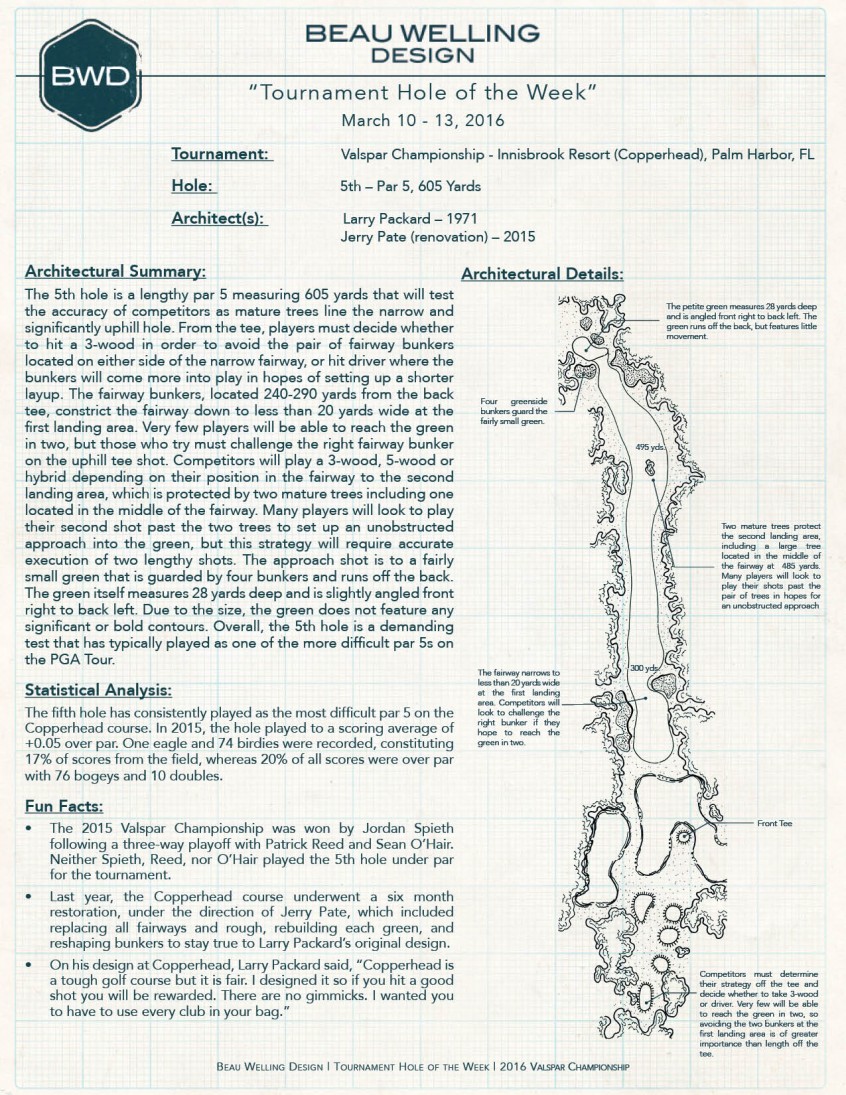 Architectural Summary:
The 5th hole is a lengthy par 5 measuring 605 yards that will test the accuracy of competitors as mature trees line the narrow and significantly uphill hole. From the tee, players must decide whether to hit a 3-wood in order to avoid the pair of fairway bunkers located on either side of the narrow fairway, or hit driver where the bunkers will come more into play in hopes of setting up a shorter layup. The fairway bunkers, located 240-290 yards from the back tee, constrict the fairway down to less than 20 yards wide at the first landing area. Very few players will be able to reach the green in two, but those who try must challenge the right fairway bunker on the uphill tee shot. Competitors will play a 3-wood, 5-wood or hybrid depending on their position in the fairway to the second landing area, which is protected by two mature trees including one located in the middle of the fairway. Many players will look to play their second shot past the two trees to set up an unobstructed approach into the green, but this strategy will require accurate execution of two lengthy shots. The approach shot is to a fairly small green that is guarded by four bunkers and runs off the back. The green itself measures 28 yards deep and is slightly angled front right to back left. Due to the size, the green does not feature any significant or bold contours. Overall, the 5th hole is a demanding test that has typically played as one of the more difficult par 5s on the PGA Tour.

Statistical Analysis:
The fifth hole has consistently played as the most difficult par 5 on the Copperhead course. In 2015, the hole played to a scoring average of +0.05 over par. One eagle and 74 birdies were recorded, constituting 17% of scores from the field, whereas 20% of all scores were over par with 76 bogeys and 10 doubles.