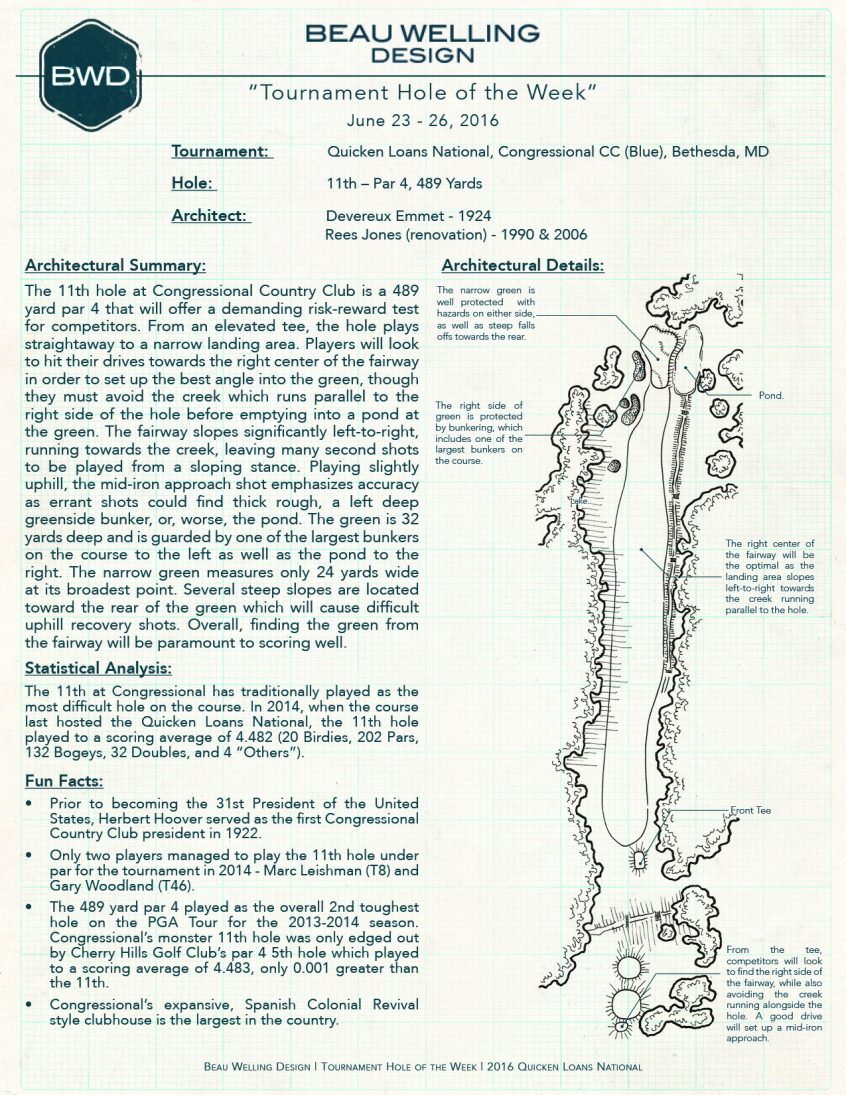 The 11th hole at Congressional Country Club is a 489 yard par 4 that will offer a demanding risk-reward test for competitors. From an elevated tee, the hole plays straightaway to a narrow landing area. Players will look to hit their drives towards the right center of the fairway in order to set up the best angle into the green, though they must avoid the creek which runs parallel to the right side of the hole before emptying into a pond at the green. The fairway slopes significantly left-to-right, running towards the creek, leaving many second shots to be played from a sloping stance. Playing slightly uphill, the mid-iron approach shot emphasizes accuracy as errant shots could find thick rough, a left deep greenside bunker, or, worse, the pond. The green is 32 yards deep and is guarded by one of the largest bunkers on the course to the left as well as the pond to the right. The narrow green measures only 24 yards wide at its broadest point. Several steep slopes are located toward the rear of the green which will cause difficult uphill recovery shots. Overall, finding the green from the fairway will be paramount to scoring well.