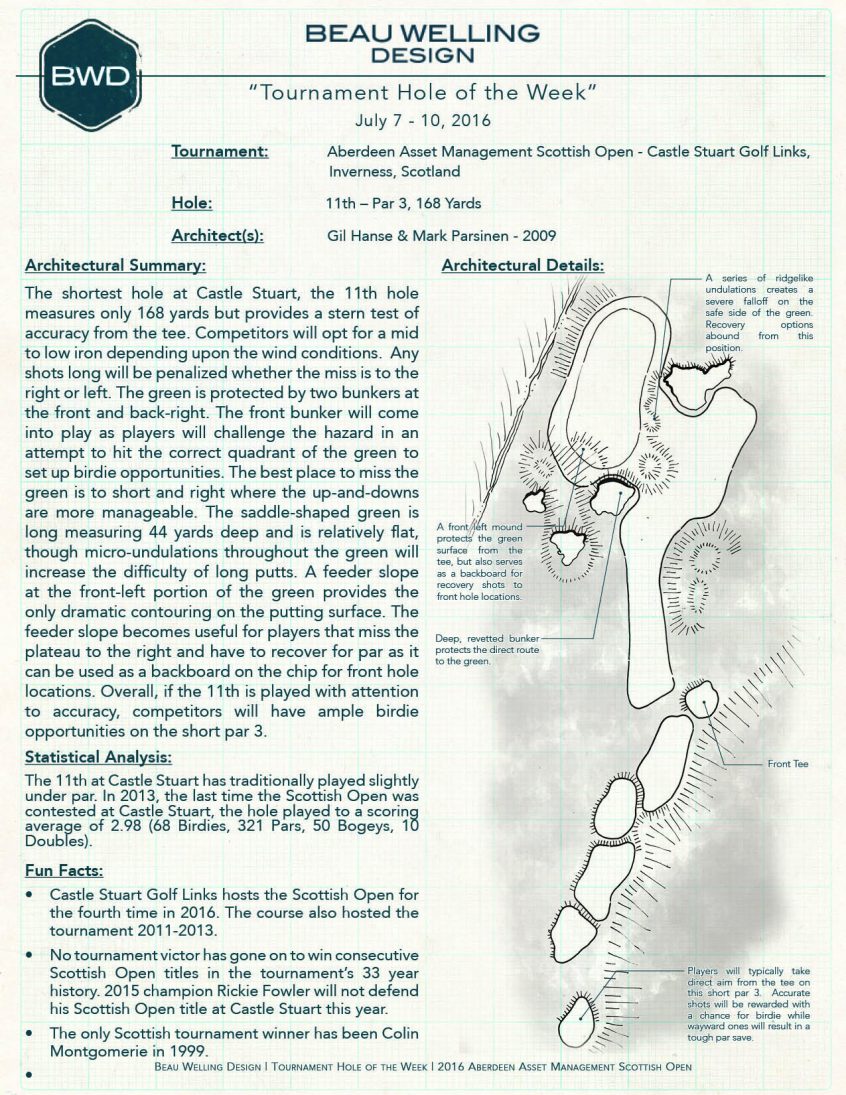 The shortest hole at Castle Stuart, the 11th hole measures only 168 yards but provides a stern test of accuracy from the tee. Competitors will opt for a mid to low iron depending upon the wind conditions.  Any shots long will be penalized whether the miss is to the right or left. The green is protected by two bunkers at the front and back-right. The front bunker will come into play as players will challenge the hazard in an attempt to hit the correct quadrant of the green to set up birdie opportunities. The best place to miss the green is to short and right where the up-and-downs are more manageable. The saddle-shaped green is long measuring 44 yards deep and is relatively flat, though micro-undulations throughout the green will increase the difficulty of long putts. A feeder slope at the front-left portion of the green provides the only dramatic contouring on the putting surface. The feeder slope becomes useful for players that miss the plateau to the right and have to recover for par as it can be used as a backboard on the chip for front hole locations. Overall, if the 11th is played with attention to accuracy, competitors will have ample birdie opportunities on the short par 3.

The 11th at Castle Stuart has traditionally played slightly under par. In 2013, the last time the Scottish Open was contested at Castle Stuart, the hole played to a scoring average of 2.98 (68 Birdies, 321 Pars, 50 Bogeys, 10 Doubles).