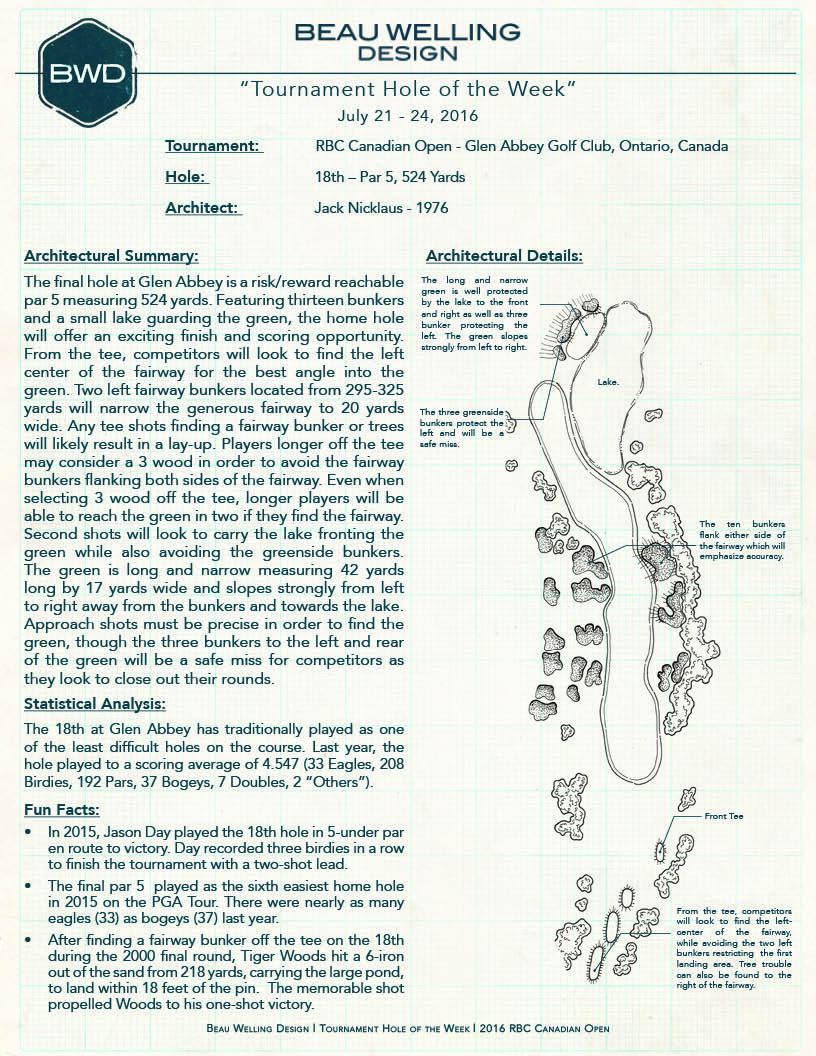 The final hole at Glen Abbey is a risk/reward reachable par 5 measuring 524 yards. Featuring thirteen bunkers and a small lake guarding the green, the home hole will offer an exciting finish and scoring opportunity. From the tee, competitors will look to find the left center of the fairway for the best angle into the green. Two left fairway bunkers located from 295-325 yards will narrow the generous fairway to 20 yards wide. Any tee shots finding a fairway bunker or trees will likely result in a lay-up. Players longer off the tee may consider a 3 wood in order to avoid the fairway bunkers flanking both sides of the fairway. Even when selecting 3 wood off the tee, longer players will be able to reach the green in two if they find the fairway. Second shots will look to carry the lake fronting the green while also avoiding the greenside bunkers. The green is long and narrow measuring 42 yards long by 17 yards wide and slopes strongly from left to right away from the bunkers and towards the lake. Approach shots must be precise in order to find the green, though the three bunkers to the left and rear of the green will be a safe miss for competitors as they look to close out their rounds.