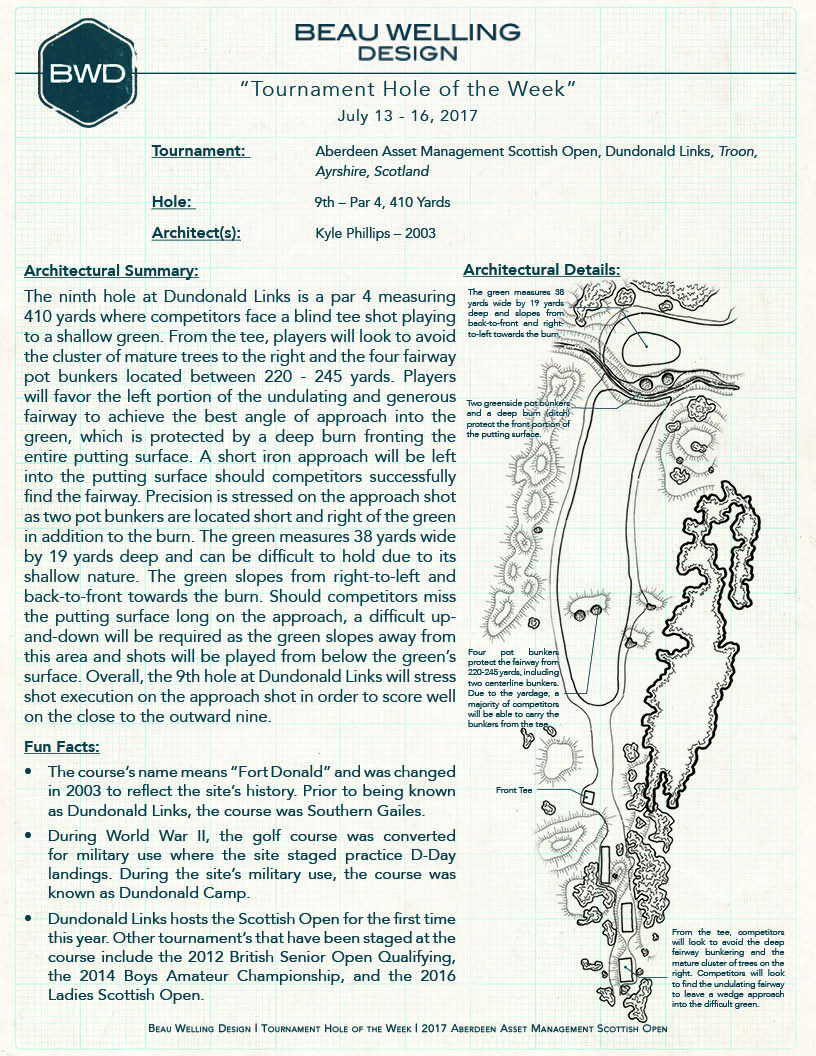 Architectural Summary:
The ninth hole at Dundonald Links is a par 4 measuring 410 yards where competitors face a blind tee shot playing to a shallow green. From the tee, players will look to avoid the cluster of mature trees to the right and the four fairway pot bunkers located between 220 – 245 yards. Players will favor the left portion of the undulating and generous fairway to achieve the best angle of approach into the green, which is protected by a deep burn fronting the entire putting surface. A short iron approach will be left into the putting surface should competitors successfully find the fairway. Precision is stressed on the approach shot as two pot bunkers are located short and right of the green in addition to the burn. The green measures 38 yards wide by 19 yards deep and can be difficult to hold due to its shallow nature. The green slopes from right-to-left and back-to-front towards the burn. Should competitors miss the putting surface long on the approach, a difficult up-and-down will be required as the green slopes away from this area and shots will be played from below the green’s surface. Overall, the 9th hole at Dundonald Links will stress shot execution on the approach shot in order to score well on the close to the outward nine.