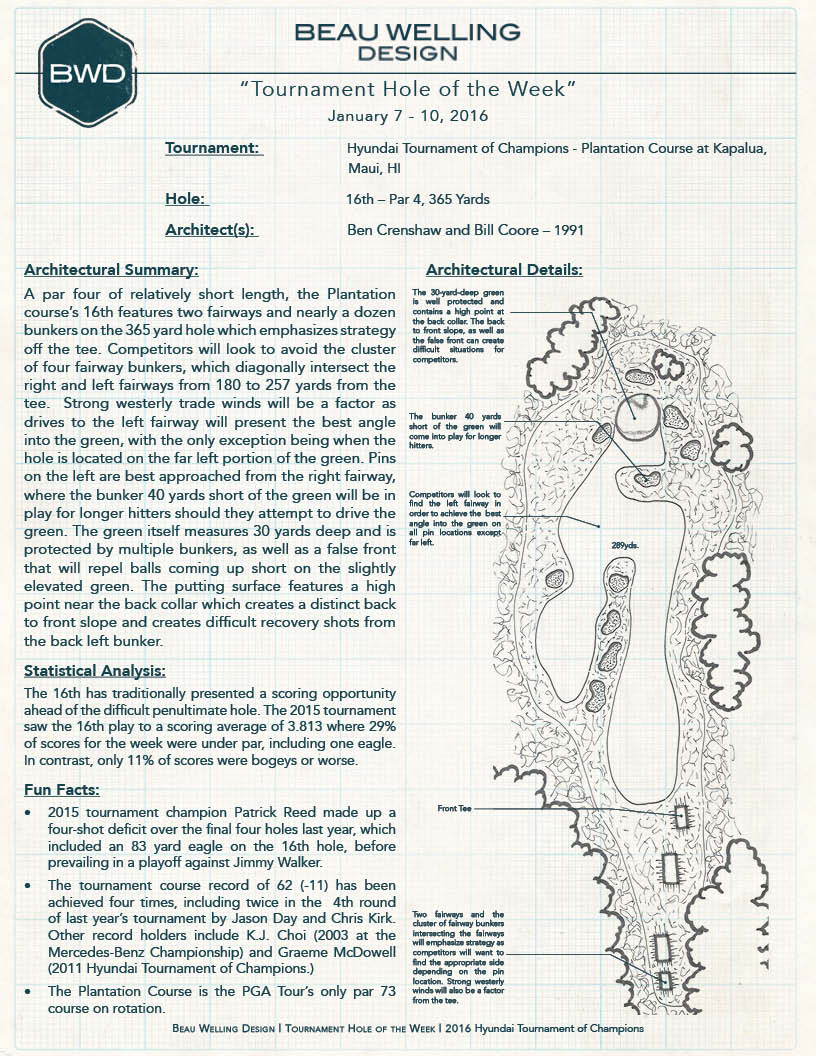 Architectural Summary:
A par four of relatively short length, the Plantation course’s 16th features two fairways and nearly a dozen bunkers on the 365 yard hole which emphasizes strategy off the tee. Competitors will look to avoid the cluster of four fairway bunkers, which diagonally intersect the right and left fairways from 180 to 257 yards from the tee. Strong westerly trade winds will be a factor as drives to the left fairway will present the best angle into the green, with the only exception being when the hole is located on the far left portion of the green. Pins on the left are best approached from the right fairway, where the bunker 40 yards short of the green will be in play for longer hitters should they attempt to drive the green. The green itself measures 30 yards deep and is protected by multiple bunkers, as well as a false front that will repel balls coming up short on the slightly elevated green. The putting surface features a high point near the back collar which creates a distinct back to front slope and creates difficult recovery shots from the back left bunker.

Statistical Analysis:
The 16th has traditionally presented a scoring opportunity ahead of the difficult penultimate hole. The 2015 tournament saw the 16th play to a scoring average of 3.813 where 29% of scores for the week were under par, including one eagle. In contrast, only 11% of scores were bogeys or worse.