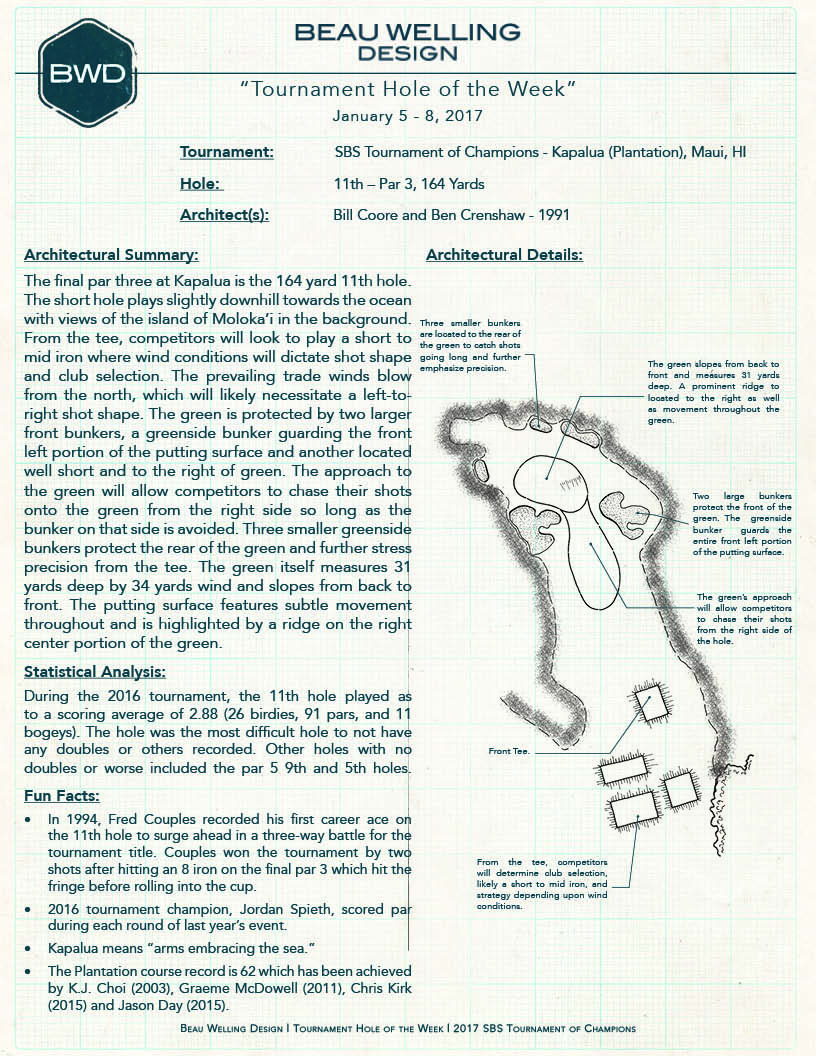 The final par three at Kapalua is the 164 yard 11th hole. The short hole plays slightly downhill towards the ocean with views of the island of Moloka’i in the background. From the tee, competitors will look to play a short to mid iron where wind conditions will dictate shot shape and club selection. The prevailing trade winds blow from the north, which will likely necessitate a left-to-right shot shape. The green is protected by two larger front bunkers, a greenside bunker guarding the front left portion of the putting surface and another located well short and to the right of green. The approach to the green will allow competitors to chase their shots onto the green from the right side so long as the bunker on that side is avoided. Three smaller greenside bunkers protect the rear of the green and further stress precision from the tee. The green itself measures 31 yards deep by 34 yards wind and slopes from back to front. The putting surface features subtle movement throughout and is highlighted by a ridge on the right center portion of the green.

During the 2016 tournament, the 11th hole played as to a scoring average of 2.88 (26 birdies, 91 pars, and 11 bogeys). The hole was the most difficult hole to not have any doubles or others recorded. Other holes with no doubles or worse included the par 5 9th and 5th holes.