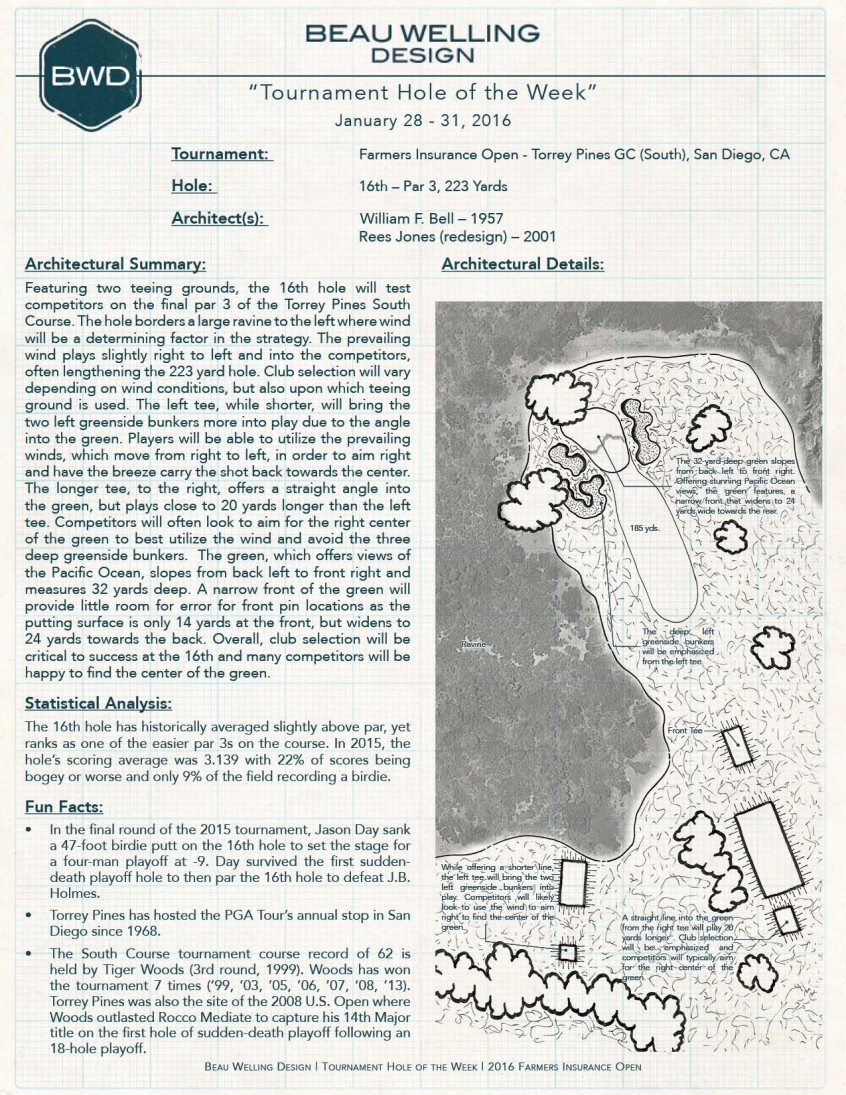 Featuring two teeing grounds, the 16th hole will test competitors on the final par 3 of the Torrey Pines South Course. The hole borders a large ravine to the left where wind will be a determining factor in the strategy. The prevailing wind plays slightly right to left and into the competitors, often lengthening the 223 yard hole. Club selection will vary depending on wind conditions, but also upon which teeing ground is used. The left tee, while shorter, will bring the two left greenside bunkers more into play due to the angle into the green. Players will be able to utilize the prevailing winds, which move from right to left, in order to aim right and have the breeze carry the shot back towards the center. The longer tee, to the right, offers a straight angle into the green, but plays close to 20 yards longer than the left tee. Competitors will often look to aim for the right center of the green to best utilize the wind and avoid the three deep greenside bunkers. The green, which offers views of the Pacific Ocean, slopes from back left to front right and measures 32 yards deep. A narrow front of the green will provide little room for error for front pin locations as the putting surface is only 14 yards at the front, but widens to 24 yards towards the back. Overall, club selection will be critical to success at the 16th and many competitors will be happy to find the center of the green.

The 16th hole has historically averaged slightly above par, yet ranks as one of the easier par 3s on the course. In 2015, the hole’s scoring average was 3.139 with 22% of scores being bogey or worse and only 9% of the field recording a birdie.