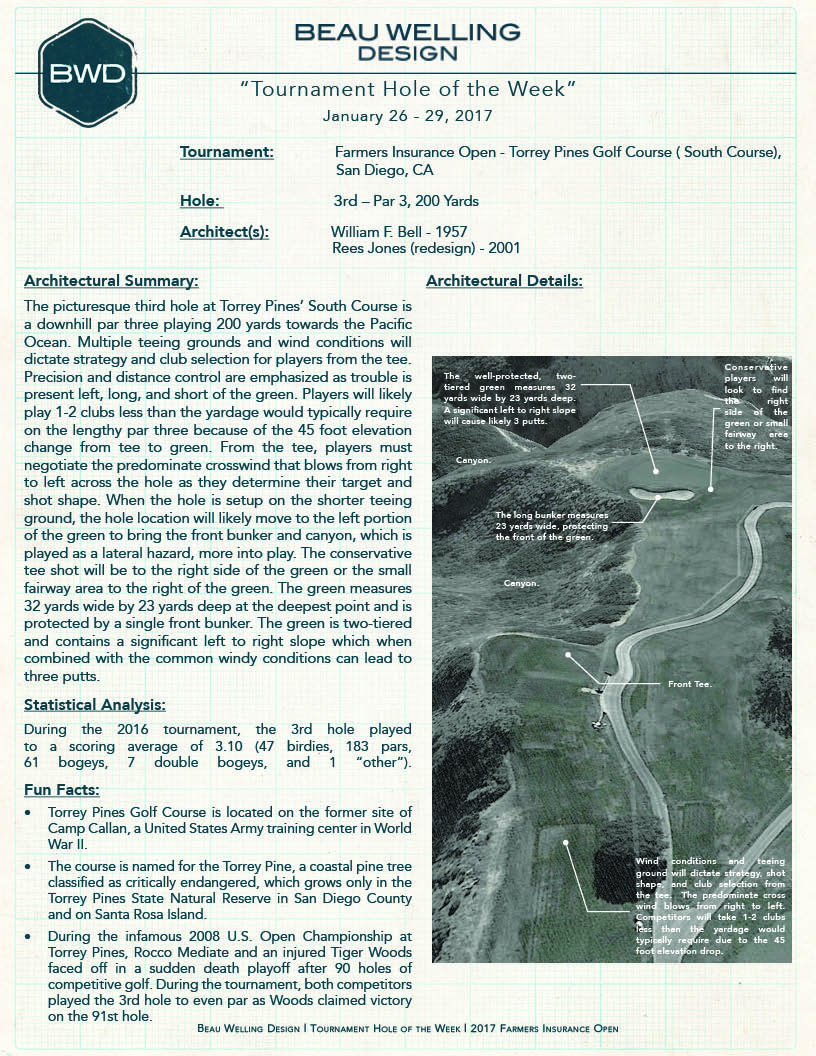 The picturesque third hole at Torrey Pines’ South Course is a downhill par three playing 200 yards towards the Pacific Ocean. Multiple teeing grounds and wind conditions will dictate strategy and club selection for players from the tee. Precision and distance control are emphasized as trouble is present left, long, and short of the green. Players will likely play 1-2 clubs less than the yardage would typically require on the lengthy par three because of the 45 foot elevation change from tee to green. From the tee, players must negotiate the predominate crosswind that blows from right to left across the hole as they determine their target and shot shape. When the hole is setup on the shorter teeing ground, the hole location will likely move to the left portion of the green to bring the front bunker and canyon, which is played as a lateral hazard, more into play. The conservative tee shot will be to the right side of the green or the small fairway area to the right of the green. The green measures 32 yards wide by 23 yards deep at the deepest point and is protected by a single front bunker. The green is two-tiered and contains a significant left to right slope which when combined with the common windy conditions can lead to three putts.