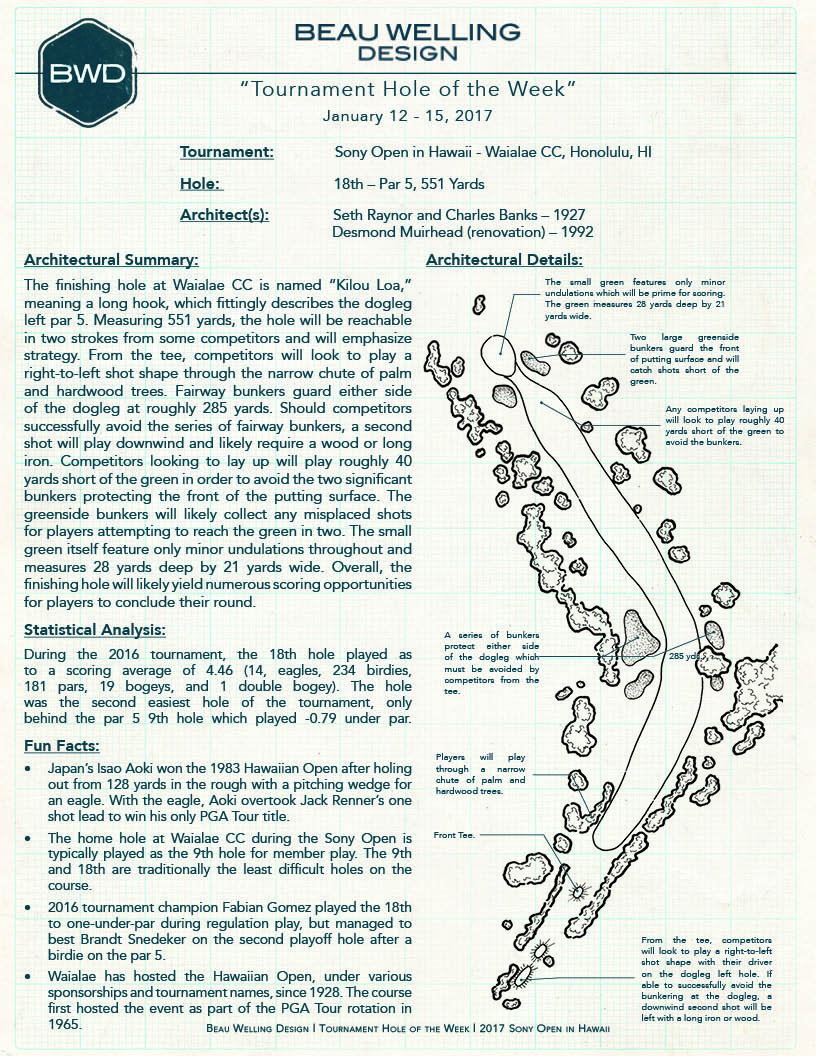 The finishing hole at Waialae CC is named “Kilou Loa,” meaning a long hook, which fittingly describes the dogleg left par 5. Measuring 551 yards, the hole will be reachable in two strokes from some competitors and will emphasize strategy. From the tee, competitors will look to play a right-to-left shot shape through the narrow chute of palm and hardwood trees. Fairway bunkers guard either side of the dogleg at roughly 285 yards. Should competitors successfully avoid the series of fairway bunkers, a second shot will play downwind and likely require a wood or long iron. Competitors looking to lay up will play roughly 40 yards short of the green in order to avoid the two significant bunkers protecting the front of the putting surface. The greenside bunkers will likely collect any misplaced shots for players attempting to reach the green in two. The small green itself feature only minor undulations throughout and measures 28 yards deep by 21 yards wide. Overall, the finishing hole will likely yield numerous scoring opportunities for players to conclude their round.