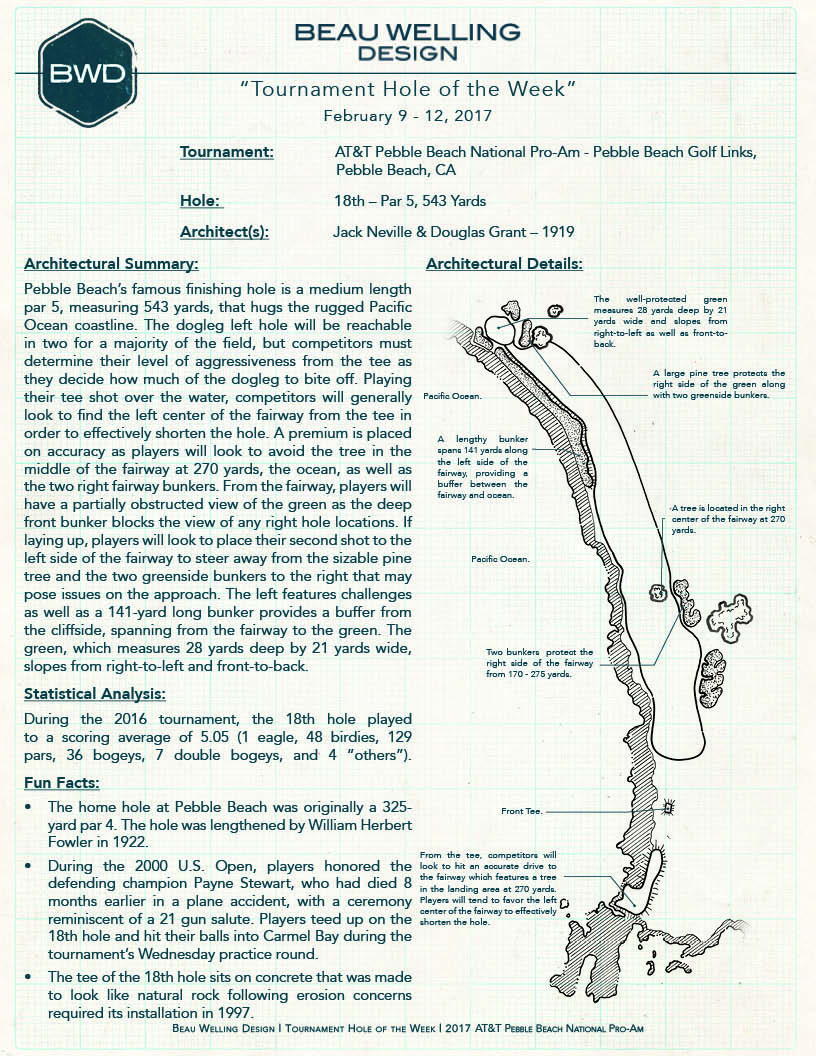 Pebble Beach’s famous finishing hole is a medium length par 5, measuring 543 yards, that hugs the rugged Pacific Ocean coastline. The dogleg left hole will be reachable in two for a majority of the field, but competitors must determine their level of aggressiveness from the tee as they decide how much of the dogleg to bite off. Playing their tee shot over the water, competitors will generally look to find the left center of the fairway from the tee in order to effectively shorten the hole. A premium is placed on accuracy as players will look to avoid the tree in the middle of the fairway at 270 yards, the ocean, as well as the two right fairway bunkers. From the fairway, players will have a partially obstructed view of the green as the deep front bunker blocks the view of any right hole locations. If laying up, players will look to place their second shot to the left side of the fairway to steer away from the sizable pine tree and the two greenside bunkers to the right that may pose issues on the approach. The left features challenges, as well as a 141-yard long bunker, provides a buffer from the cliffside, spanning from the fairway to the green. The green, which measures 28 yards deep by 21 yards wide, slopes from right-to-left and front-to-back.