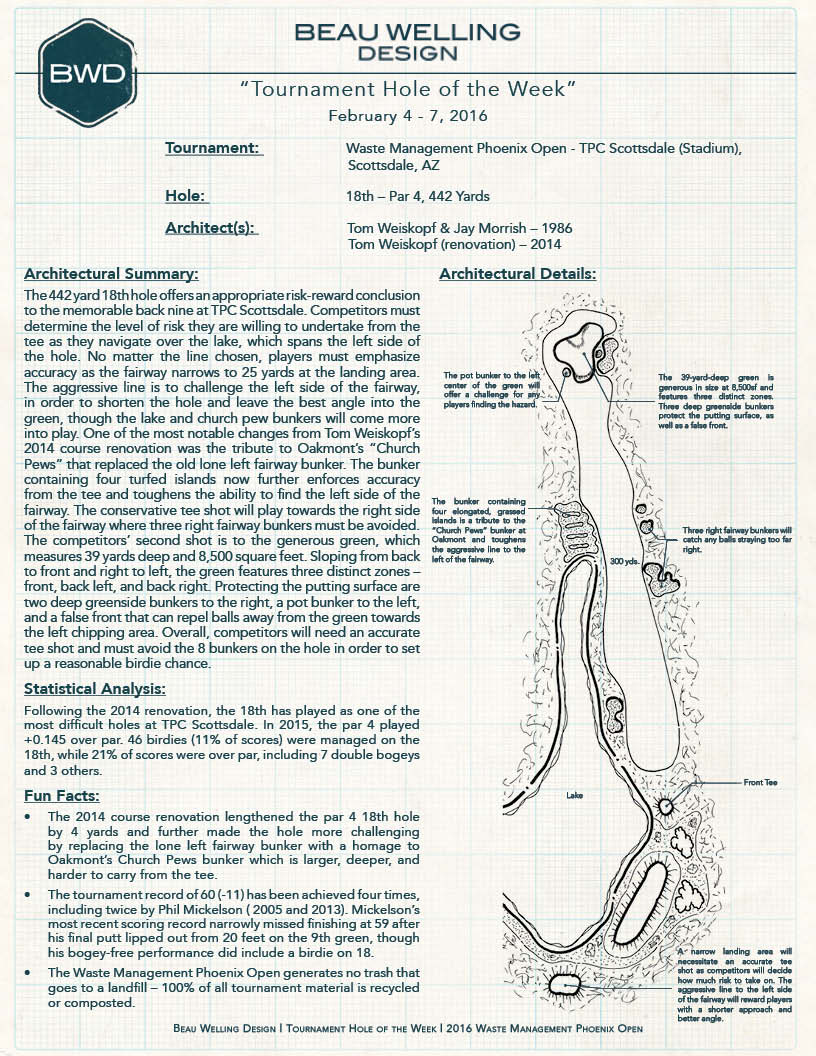 The 442 yard 18th hole offers an appropriate risk-reward conclusion to the memorable back nine at TPC Scottsdale. Competitors must determine the level of risk they are willing to undertake from the tee as they navigate over the lake, which spans the left side of the hole. No matter the line chosen, players must emphasize accuracy as the fairway narrows to 25 yards at the landing area. The aggressive line is to challenge the left side of the fairway, in order to shorten the hole and leave the best angle into the green, though the lake and church pew bunkers will come more into play. One of the most notable changes from Tom Weiskopf’s 2014 course renovation was the tribute to Oakmont’s “Church Pews” that replaced the old lone left fairway bunker. The bunker containing four turfed islands now further enforces accuracy from the tee and toughens the ability to find the left side of the fairway. The conservative tee shot will play towards the right side of the fairway where three right fairway bunkers must be avoided. The competitors’ second shot is to the generous green, which measures 39 yards deep and 8,500 square feet. Sloping from back to front and right to left, the green features three distinct zones – front, back left, and back right. Protecting the putting surface are two deep greenside bunkers to the right, a pot bunker to the left, and a false front that can repel balls away from the green towards the left chipping area. Overall, competitors will need an accurate tee shot and must avoid the 8 bunkers on the hole in order to set up a reasonable birdie chance.