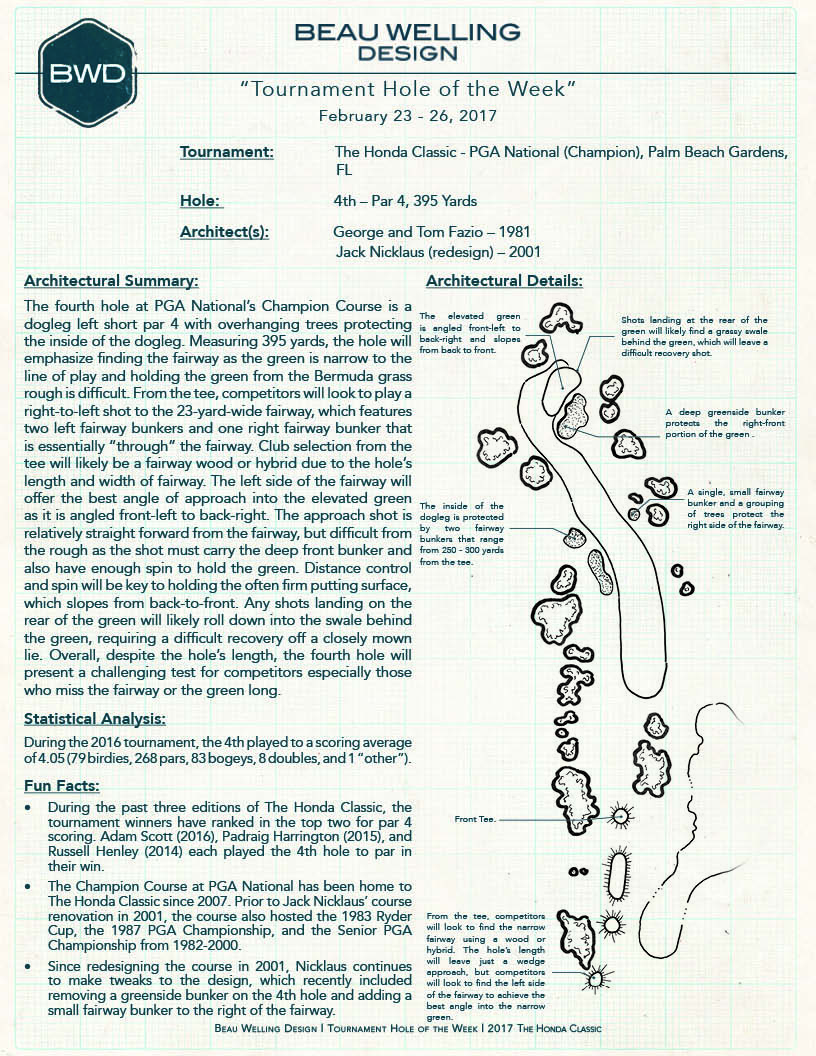 The fourth hole at PGA National’s Champion Course is a dogleg left short par 4 with overhanging trees protecting the inside of the dogleg. Measuring 395 yards, the hole will emphasize finding the fairway as the green is narrow to the line of play and holding the green from the Bermuda grass rough is difficult. From the tee, competitors will look to play a right-to-left shot to the 23-yard-wide fairway, which features two left fairway bunkers and one right fairway bunker that is essentially “through” the fairway. Club selection from the tee will likely be a fairway wood or hybrid due to the hole’s length and width of fairway. The left side of the fairway will offer the best angle of approach into the elevated green as it is angled front-left to back-right. The approach shot is relatively straight forward from the fairway, but difficult from the rough as the shot must carry the deep front bunker and also have enough spin to hold the green. Distance control and spin will be key to holding the often firm putting surface, which slopes from back-to-front. Any shots landing on the rear of the green will likely roll down into the swale behind the green, requiring a difficult recovery off a closely mown lie. Overall, despite the hole’s length, the fourth hole will present a challenging test for competitors especially those who miss the fairway or the green long.