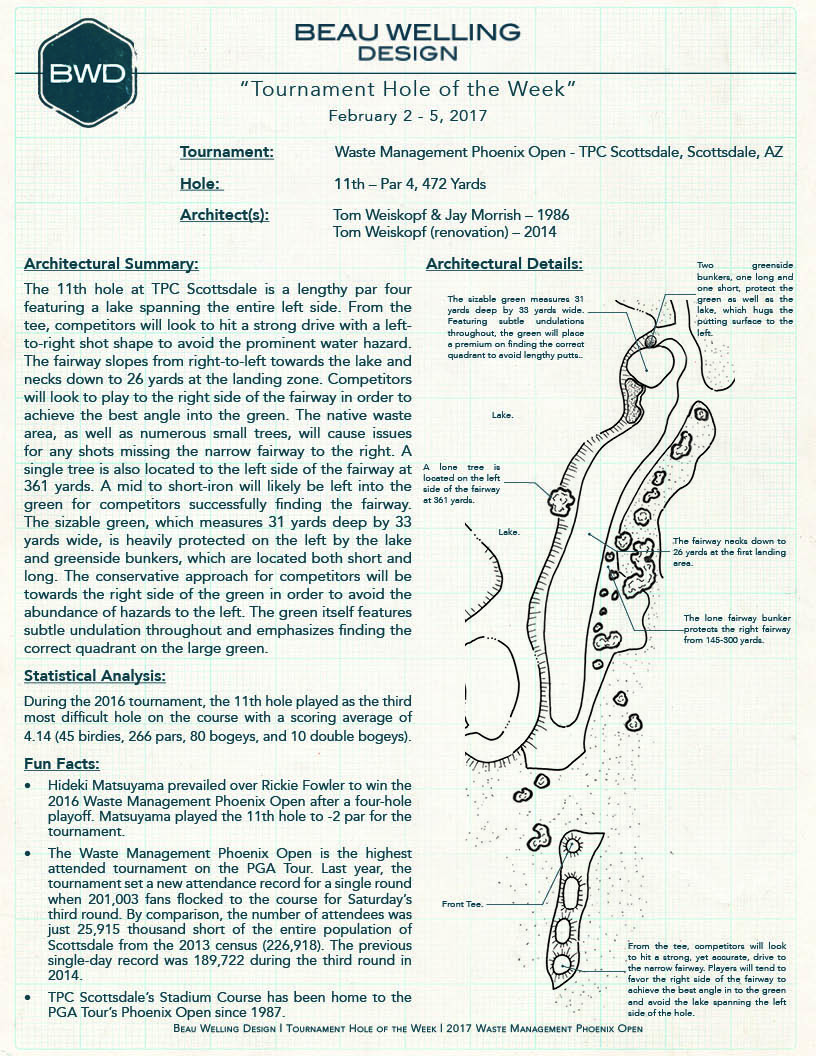 The 11th hole at TPC Scottsdale is a lengthy par four featuring a lake spanning the entire left side. From the tee, competitors will look to hit a strong drive with a left-to-right shot shape to avoid the prominent water hazard. The fairway slopes from right-to-left towards the lake and necks down to 26 yards at the landing zone. Competitors will look to play to the right side of the fairway in order to achieve the best angle into the green. The native waste area, as well as numerous small trees, will cause issues for any shots missing the narrow fairway to the right. A single tree is also located to the left side of the fairway at 361 yards. A mid to short-iron will likely be left into the green for competitors successfully finding the fairway. The sizable green, which measures 31 yards deep by 33 yards wide, is heavily protected on the left by the lake and greenside bunkers, which are located both short and long. The conservative approach for competitors will be towards the right side of the green in order to avoid the abundance of hazards to the left. The green itself features subtle undulation throughout and emphasizes finding the correct quadrant on the large green.