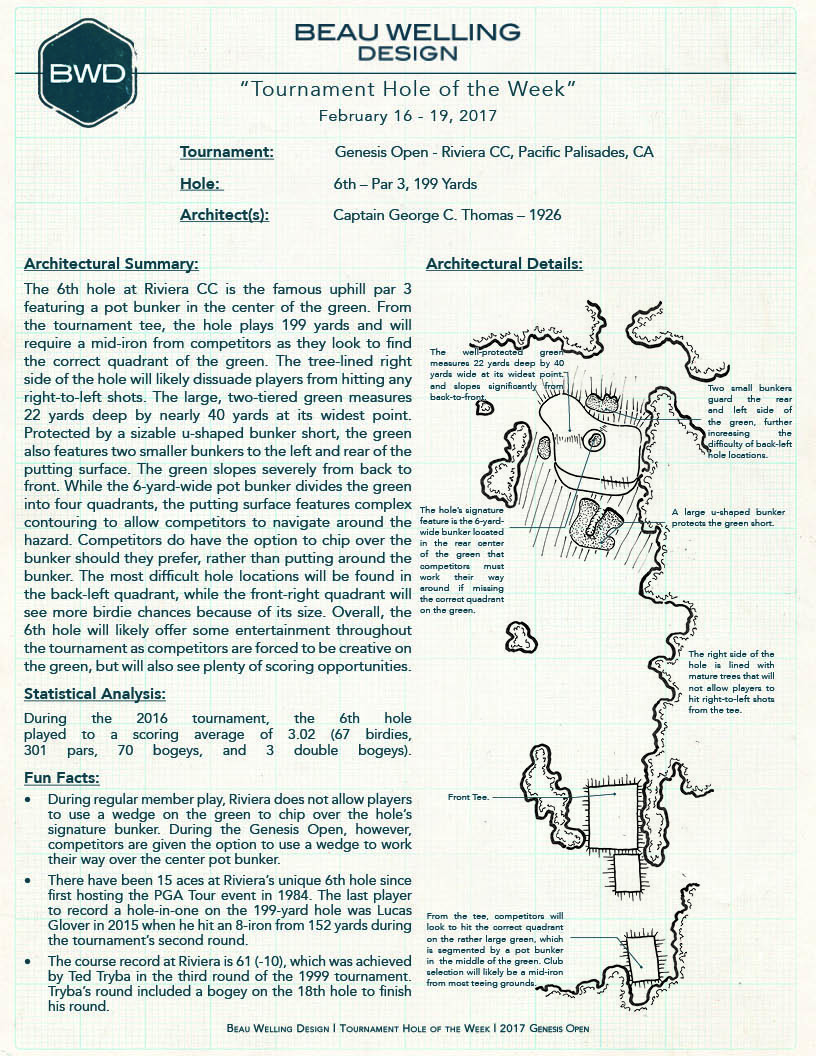 The 6th hole at Riviera CC is the famous uphill par 3 featuring a pot bunker in the center of the green. From the tournament tee, the hole plays 199 yards and will require a mid-iron from competitors as they look to find the correct quadrant of the green. The tree-lined right side of the hole will likely dissuade players from hitting any right-to-left shots. The large, two-tiered green measures 22 yards deep by nearly 40 yards at its widest point. Protected by a sizable u-shaped bunker short, the green also features two smaller bunkers to the left and rear of the putting surface. The green slopes severely from back to front. While the 6-yard-wide pot bunker divides the green into four quadrants, the putting surface features complex contouring to allow competitors to navigate around the hazard. Competitors do have the option to chip over the bunker should they prefer, rather than putting around the bunker. The most difficult hole locations will be found in the back-left quadrant, while the front-right quadrant will see more birdie chances because of its size. Overall, the 6th hole will likely offer some entertainment throughout the tournament as competitors are forced to be creative on the green, but will also see plenty of scoring opportunities.