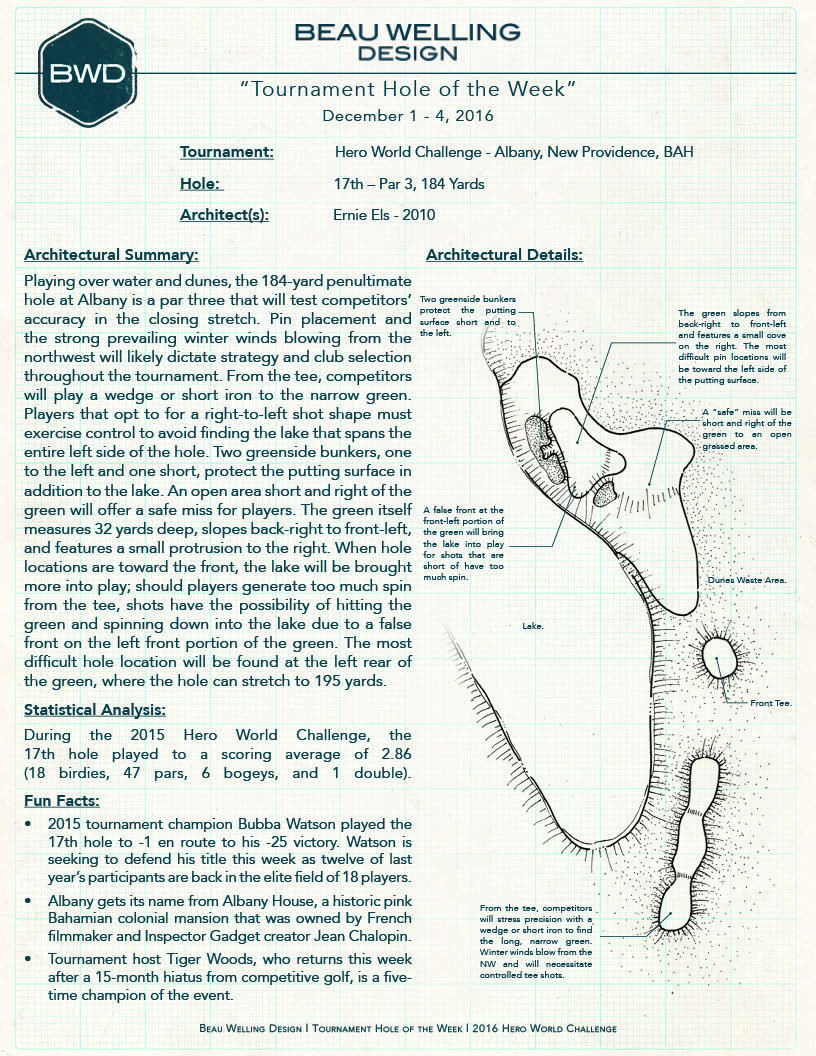 Playing over water and dunes, the 184-yard penultimate hole at Albany is a par three that will test competitors’ accuracy in the closing stretch. Pin placement and the strong prevailing winter winds blowing from the northwest will likely dictate strategy and club selection throughout the tournament. From the tee, competitors will play a wedge or short iron to the narrow green. Players that opt to for a right-to-left shot shape must exercise control to avoid finding the lake that spans the entire left side of the hole. Two greenside bunkers, one to the left and one short, protect the putting surface in addition to the lake. An open area short and right of the green will offer a safe miss for players. The green itself measures 32 yards deep, slopes back-right to front-left, and features a small protrusion to the right. When hole locations are toward the front, the lake will be brought more into play; should players generate too much spin from the tee, shots have the possibility of hitting the green and spinning down into the lake due to a false front on the left front portion of the green. The most difficult hole location will be found at the left rear of the green, where the hole can stretch to 195 yards.