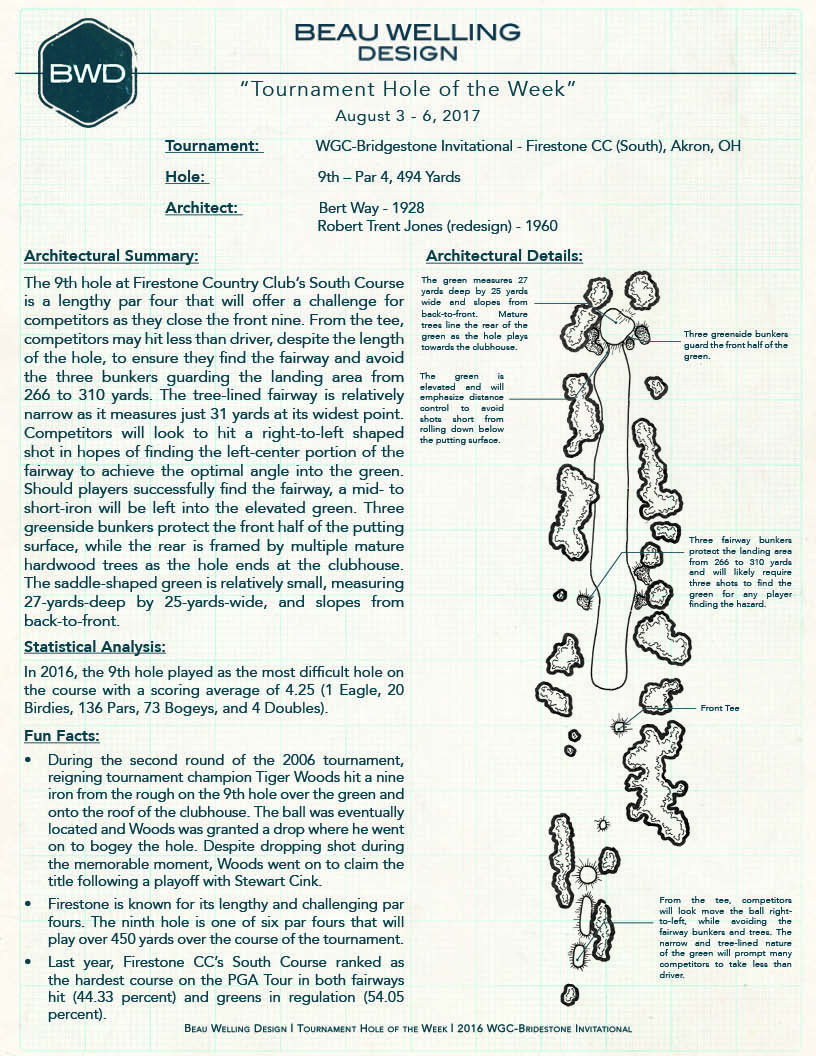 The 9th hole at Firestone Country Club’s South Course is a lengthy par four that will offer a challenge for competitors as they close the front nine. From the tee, competitors may hit less than driver, despite the length of the hole, to ensure they find the fairway and avoid the three bunkers guarding the landing area from 266 to 310 yards. The tree-lined fairway is relatively narrow as it measures just 31 yards at its widest point. Competitors will look to hit a right-to-left shaped shot in hopes of finding the left-center portion of the fairway to achieve the optimal angle into the green. Should players successfully find the fairway, a mid- to short-iron will be left into the elevated green. Three greenside bunkers protect the front half of the putting surface, while the rear is framed by multiple mature hardwood trees as the hole ends at the clubhouse. The saddle-shaped green is relatively small, measuring 27-yards-deep by 25-yards-wide, and slopes from back-to-front.