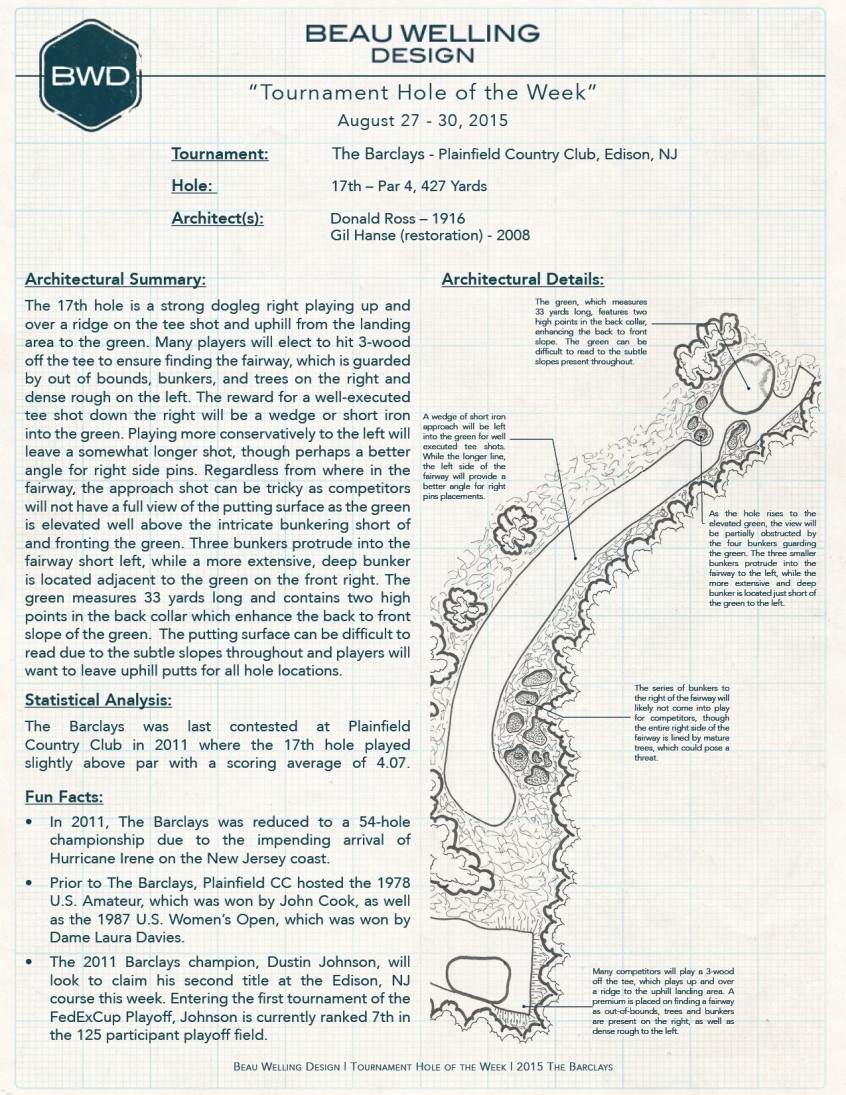 The 17th hole is a strong dogleg right playing up and over a ridge on the tee shot and uphill from the landing area to the green. Many players will elect to hit 3-wood off the tee to ensure finding the fairway, which is guarded by out of bounds, bunkers, and trees on the right and dense rough on the left. The reward for a well-executed tee shot down the right will be a wedge or short iron into the green. Playing more conservatively to the left will leave a somewhat longer shot, though perhaps a better angle for right side pins. Regardless from where in the fairway, the approach shot can be tricky as competitors will not have a full view of the putting surface as the green is elevated well above the intricate bunkering short of and fronting the green. Three bunkers protrude into the fairway short left, while a more extensive, deep bunker is located adjacent to the green on the front right. The green measures 33 yards long and contains two high points in the back collar which enhance the back to front slope of the green. The putting surface can be difficult to read due to the subtle slopes throughout and players will want to leave uphill putts for all hole locations.

The Barclays was last contested at Plainfield Country Club in 2011 where the 17th hole played slightly above par with a scoring average of 4.07.