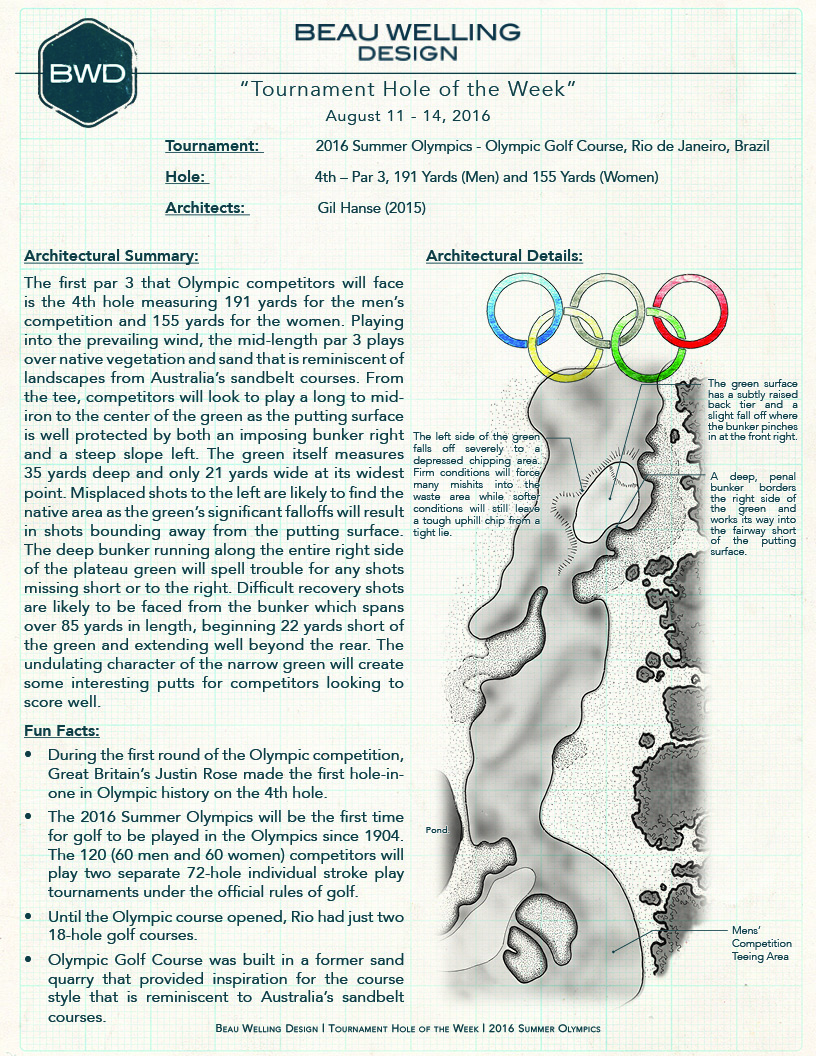 The first par 3 that Olympic competitors will face is the 4th hole measuring 191 yards for the men’s competition and 155 yards for the women. Playing into the prevailing wind, the mid-length par 3 plays over native vegetation and sand that is reminiscent of landscapes from Australia’s sandbelt courses. From the tee, competitors will look to play a long to mid-iron to the center of the green as the putting surface is well protected by both an imposing bunker right and a steep slope left. The green itself measures 35 yards deep and only 21 yards wide at its widest point. Misplaced shots to the left are likely to find the native area as the green’s significant falloffs will result in shots bounding away from the putting surface. The deep bunker running along the entire right side of the plateau green will spell trouble for any shots missing short or to the right. Difficult recovery shots are likely to be faced from the bunker which spans over 85 yards in length, beginning 22 yards short of the green and extending well beyond the rear. The undulating character of the narrow green will create some interesting putts for competitors looking to score well.