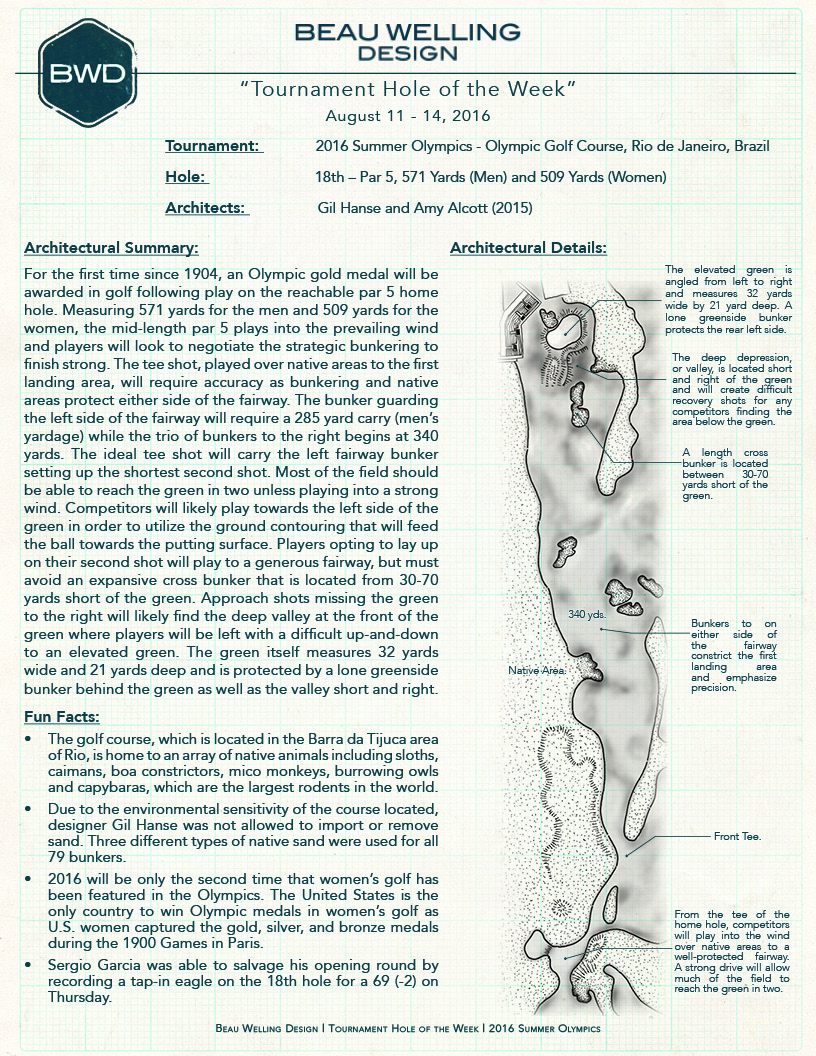 For the first time since 1904, an Olympic gold medal will be awarded in golf following play on the reachable par 5 home hole. Measuring 571 yards for the men and 509 yards for the women, the mid-length par 5 plays into the prevailing wind and players will look to negotiate the strategic bunkering to finish strong. The tee shot, played over native areas to the first landing area, will require accuracy as bunkering and native areas protect either side of the fairway. The bunker guarding the left side of the fairway will require a 285 yard carry (men’s yardage) while the trio of bunkers to the right begins at 340 yards. The ideal tee shot will carry the left fairway bunker setting up the shortest second shot. Most of the field should be able to reach the green in two unless playing into a strong wind. Competitors will likely play towards the left side of the green in order to utilize the ground contouring that will feed the ball towards the putting surface. Players opting to lay up on their second shot will play to a generous fairway, but must avoid an expansive cross bunker that is located from 30-70 yards short of the green. Approach shots missing the green to the right will likely find the deep valley at the front of the green where players will be left with a difficult up-and-down to an elevated green. The green itself measures 32 yards wide and 21 yards deep and is protected by a lone greenside bunker behind the green as well as the valley short and right.