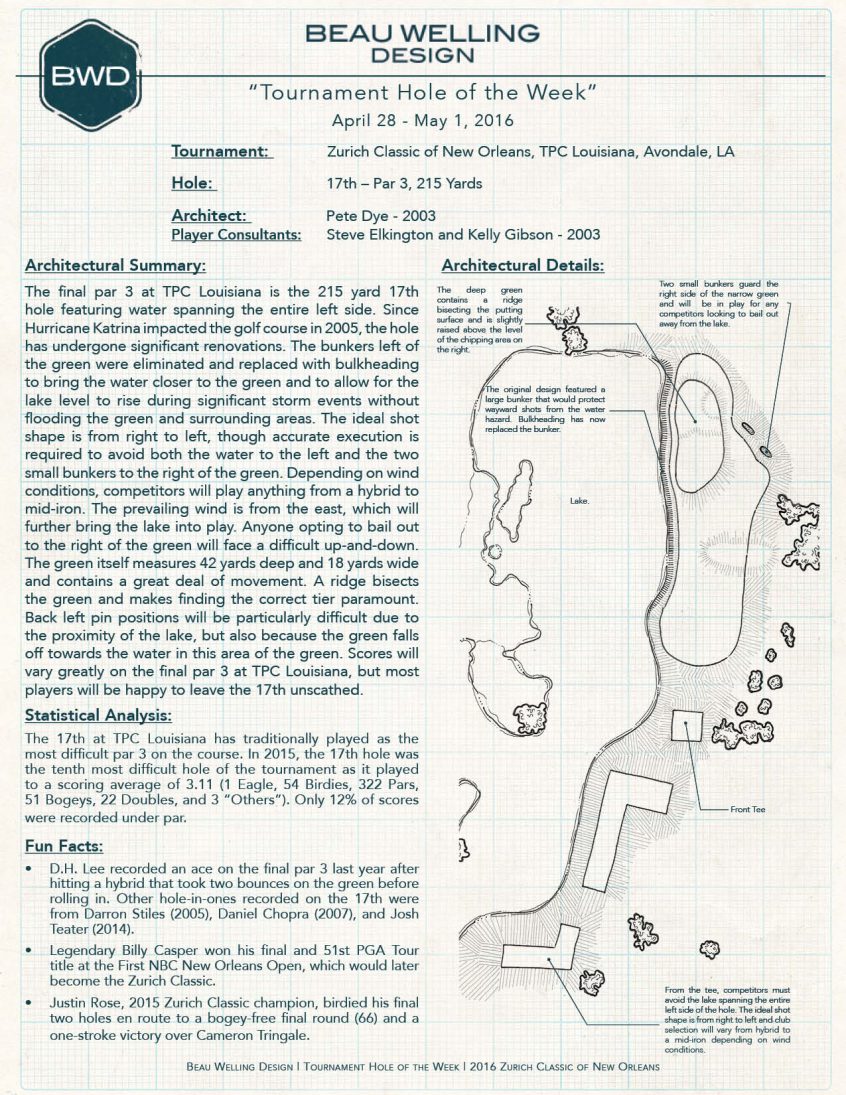 The final par 3 at TPC Louisiana is the 215 yard 17th hole featuring water spanning the entire left side. Since Hurricane Katrina impacted the golf course in 2005, the hole has undergone significant renovations. The bunkers left of the green were eliminated and replaced with bulkheading to bring the water closer to the green and to allow for the lake level to rise during significant storm events without flooding the green and surrounding areas. The ideal shot shape is from right to left, though accurate execution is required to avoid both the water to the left and the two small bunkers to the right of the green. Depending on wind conditions, competitors will play anything from a hybrid to mid-iron. The prevailing wind is from the east, which will further bring the lake into play. Anyone opting to bail out to the right of the green will face a difficult up-and-down. The green itself measures 42 yards deep and 18 yards wide and contains a great deal of movement. A ridge bisects the green and makes finding the correct tier paramount. Back left pin positions will be particularly difficult due to the proximity of the lake, but also because the green falls off towards the water in this area of the green. Scores will vary greatly on the final par 3 at TPC Louisiana, but most players will be happy to leave the 17th unscathed.

How the 17th at TPC Louisiana has changed since Hurricane Katrina impacted the course in 2005: