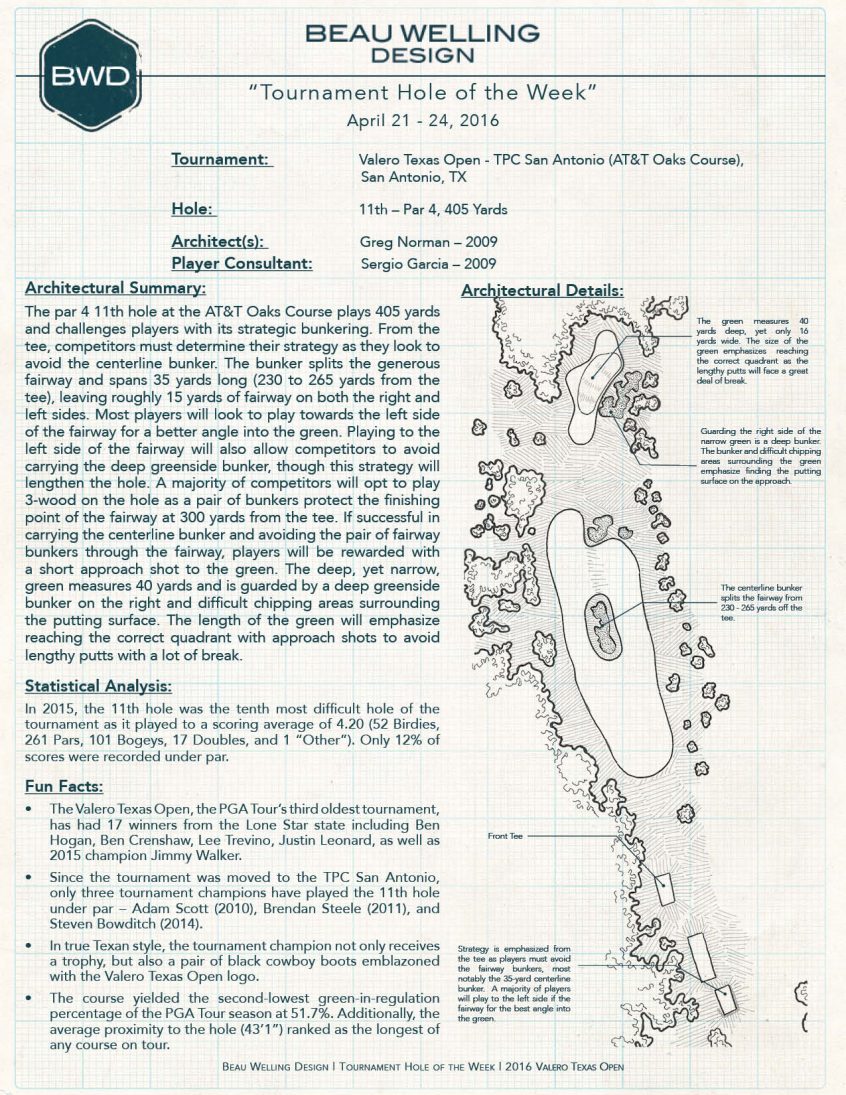 Architectural Summary:
The par 4 11th hole at the AT&T Oaks Course plays 405 yards and challenges players with its strategic bunkering. From the tee, competitors must determine their strategy as they look to avoid the centerline bunker. The bunker splits the generous fairway and spans 35 yards long (230 to 265 yards from the tee), leaving roughly 15 yards of fairway on both the right and left sides. Most players will look to play towards the left side of the fairway for a better angle into the green. Playing to the left side of the fairway will also allow competitors to avoid carrying the deep greenside bunker, though this strategy will lengthen the hole. A majority of competitors will opt to play 3-wood on the hole as a pair of bunkers protect the finishing point of the fairway at 300 yards from the tee. If successful in carrying the centerline bunker and avoiding the pair of fairway bunkers through the fairway, players will be rewarded with a short approach shot to the green. The deep, yet narrow, green measures 40 yards and is guarded by a deep greenside bunker on the right and difficult chipping areas surrounding the putting surface. The length of the green will emphasize reaching the correct quadrant with approach shots to avoid lengthy putts with a lot of break.