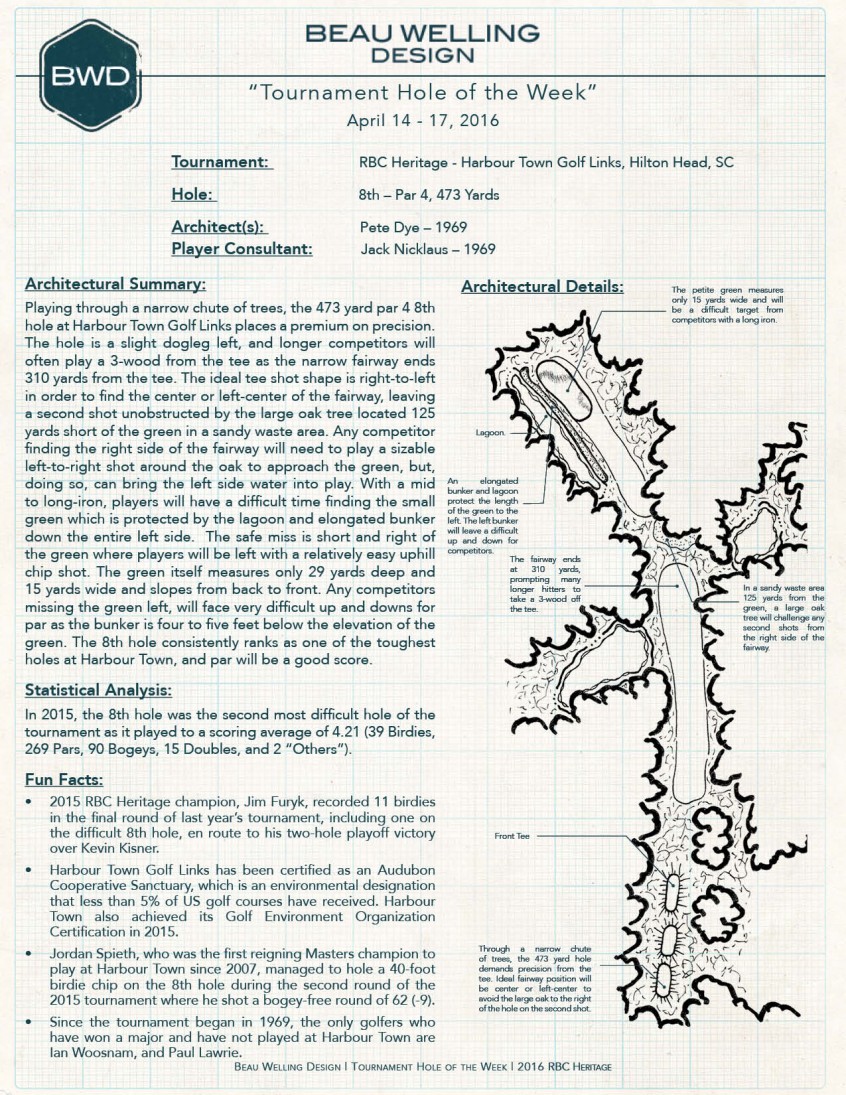 Playing through a narrow chute of trees, the 473 yard par 4 8th hole at Harbour Town Golf Links places a premium on precision. The hole is a slight dogleg left, and longer competitors will often play a 3-wood from the tee as the narrow fairway ends 310 yards from the tee. The ideal tee shot shape is right-to-left in order to find the center or left-center of the fairway, leaving a second shot unobstructed by the large oak tree located 125 yards short of the green in a sandy waste area. Any competitor finding the right side of the fairway will need to play a sizable left-to-right shot around the oak to approach the green, but, doing so, can bring the left side water into play. With a mid to long-iron, players will have a difficult time finding the small green which is protected by the lagoon and elongated bunker down the entire left side. The safe miss is short and right of the green where players will be left with a relatively easy uphill chip shot. The green itself measures only 29 yards deep and 15 yards wide and slopes from back to front. Any competitors missing the green left, will face very difficult up and downs for par as the bunker is four to five feet below the elevation of the green. The 8th hole consistently ranks as one of the toughest holes at Harbour Town, and par will be a good score.