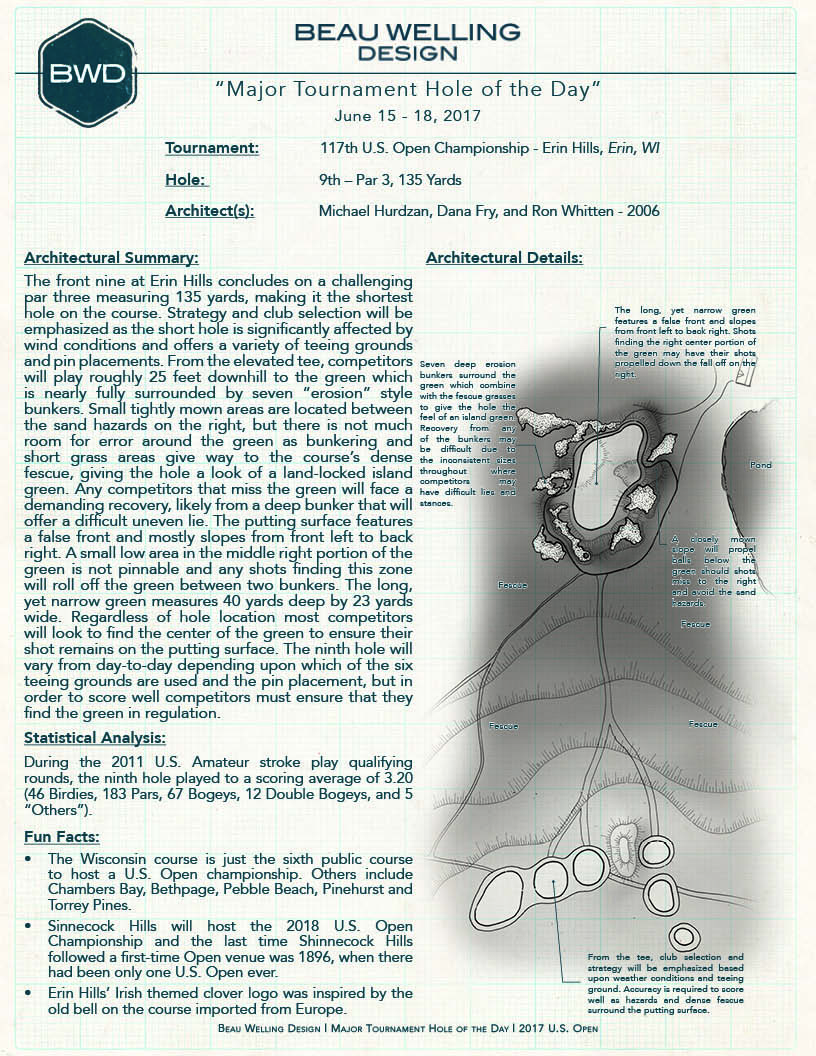 The front nine at Erin Hills concludes on a challenging par three measuring 135 yards, making it the shortest hole on the course. Strategy and club selection will be emphasized as the short hole is significantly affected by wind conditions and offers a variety of teeing grounds and pin placements. From the elevated tee, competitors will play roughly 25 feet downhill to the green which is nearly fully surrounded by seven “erosion” style bunkers. Small tightly mown areas are located between the sand hazards on the right, but there is not much room for error around the green as bunkering and short grass areas give way to the course’s dense fescue, giving the hole a look of a land-locked island green. Any competitors that miss the green will face a demanding recovery, likely from a deep bunker that will offer a difficult uneven lie. The putting surface features a false front and mostly slopes from front left to back right. A small low area in the middle right portion of the green is not pinnable and any shots finding this zone will roll off the green between two bunkers. The long, yet narrow green measures 40 yards deep by 23 yards wide. Regardless of hole location most competitors will look to find the center of the green to ensure their shot remains on the putting surface. The ninth hole will vary from day-to-day depending upon which of the six teeing grounds are used and the pin placement, but in order to score well competitors must ensure that they find the green in regulation.