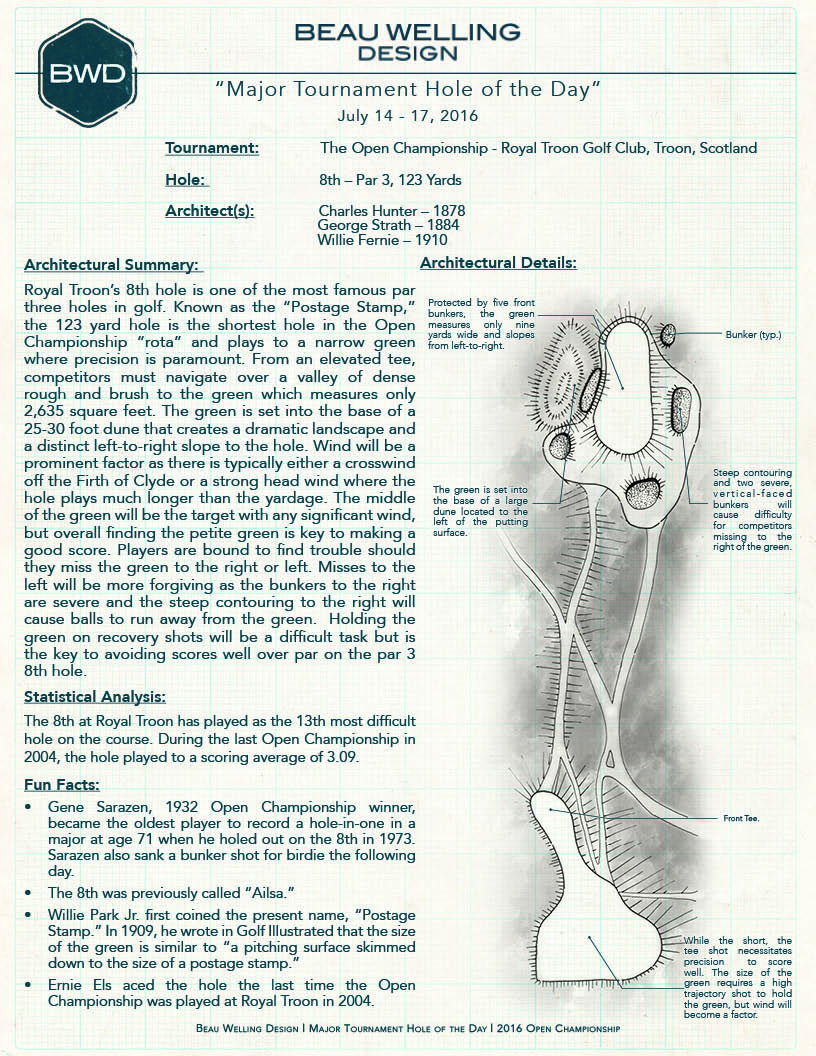 Royal Troon’s 8th hole is one of the most famous par three holes in golf. Known as the “Postage Stamp,” the 123 yard hole is the shortest hole in the Open Championship “rota” and plays to a narrow green where precision is paramount. From an elevated tee, competitors must navigate over a valley of dense rough and brush to the green which measures only 2,635 square feet. The green is set into the base of a 25-30 foot dune that creates a dramatic landscape and a distinct left-to-right slope to the hole. Wind will be a prominent factor as there is typically either a crosswind off the Firth of Clyde or a strong head wind where the hole plays much longer than the yardage. The middle of the green will be the target with any significant wind, but overall finding the petite green is key to making a good score. Players are bound to find trouble should they miss the green to the right or left. Misses to the left will be more forgiving as the bunkers to the right are severe and the steep contouring to the right will cause balls to run away from the green. Holding the green on recovery shots will be a difficult task but is the key to avoiding scores well over par on the par 3 8th hole.

The 8th at Royal Troon has played as the 13th most difficult hole on the course. During the last Open Championship in 2004, the hole played to a scoring average of 3.09.