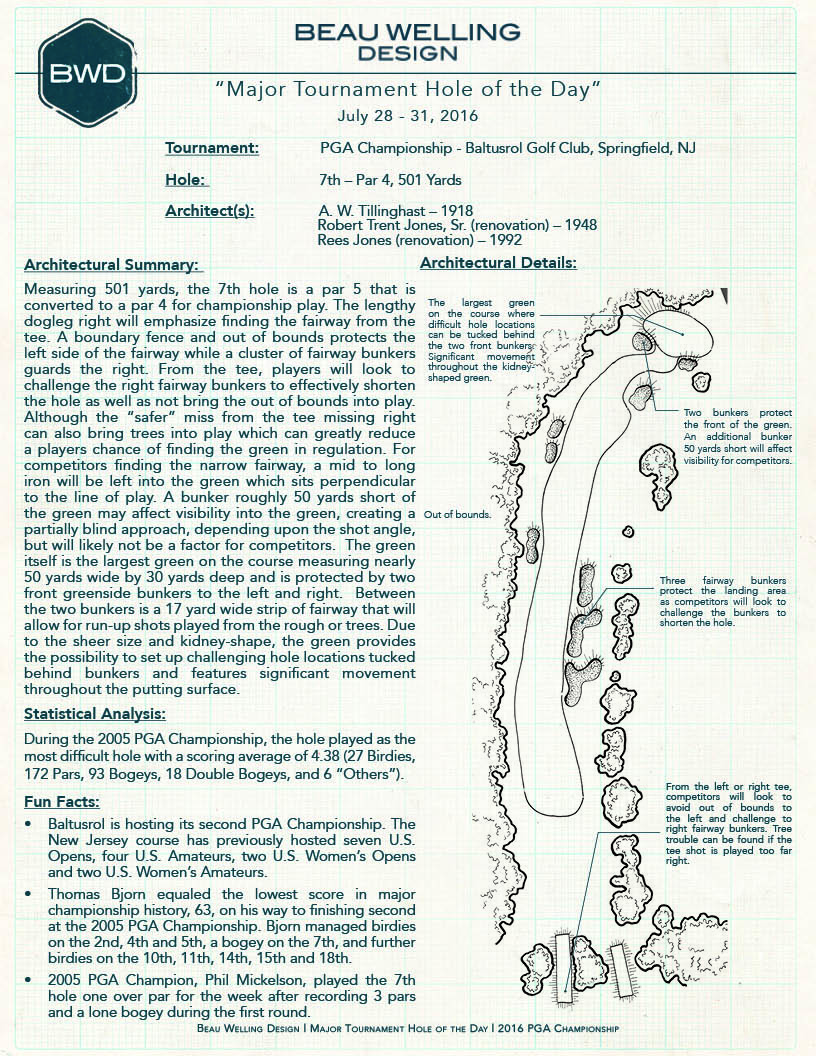 Measuring 501 yards, the 7th hole is a par 5 that is converted to a par 4 for championship play. The lengthy dogleg right will emphasize finding the fairway from the tee. A boundary fence and out of bounds protects the left side of the fairway while a cluster of fairway bunkers guards the right. From the tee, players will look to challenge the right fairway bunkers to effectively shorten the hole as well as not bring the out of bounds into play. Although the “safer” miss from the tee missing right can also bring trees into play which can greatly reduce a players chance of finding the green in regulation. For competitors finding the narrow fairway, a mid to long iron will be left into the green which sits perpendicular to the line of play. A bunker roughly 50 yards short of the green may affect visibility into the green, creating a partially blind approach, depending upon the shot angle, but will likely not be a factor for competitors. The green itself is the largest green on the course measuring nearly 50 yards wide by 30 yards deep and is protected by two front greenside bunkers to the left and right. Between the two bunkers is a 17 yard wide strip of fairway that will allow for run-up shots played from the rough or trees. Due to the sheer size and kidney-shape, the green provides the possibility to set up challenging hole locations tucked behind bunkers and features significant movement throughout the putting surface.