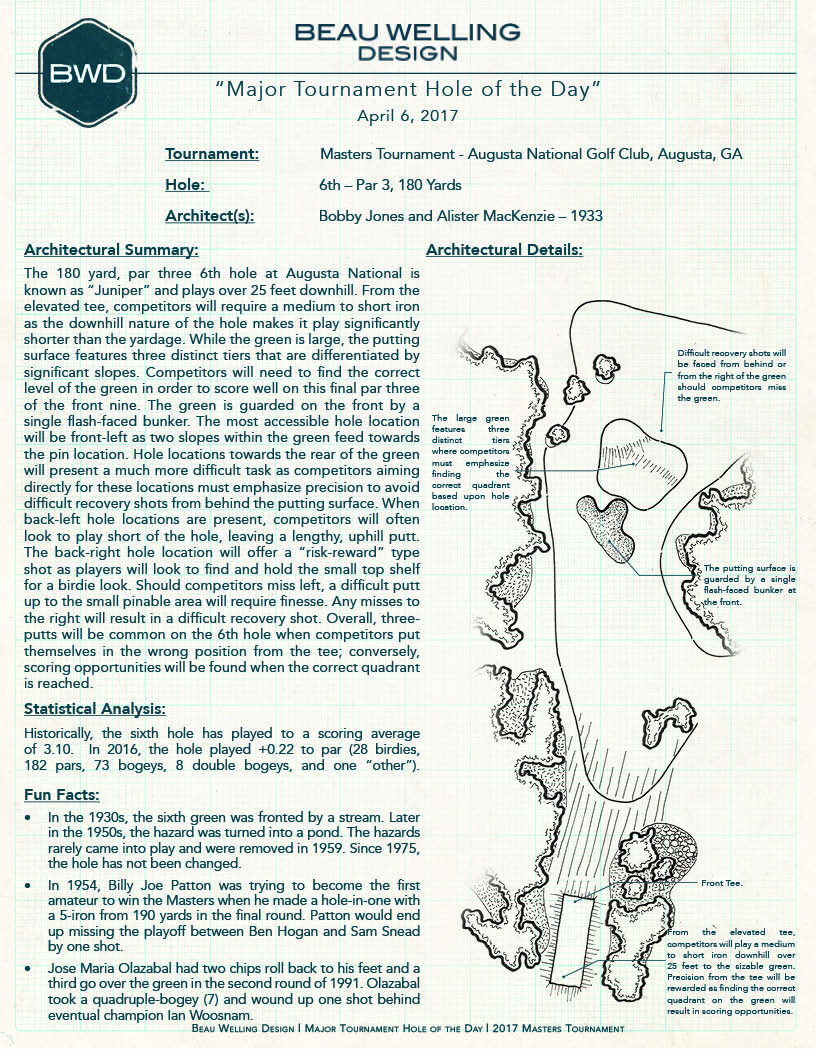 The 180 yard, par three 6th hole at Augusta National is known as “Juniper” and plays over 25 feet downhill. From the elevated tee, competitors will require a medium to short iron as the downhill nature of the hole makes it play significantly shorter than the yardage. While the green is large, the putting surface features three distinct tiers that are differentiated by significant slopes. Competitors will need to find the correct level of the green in order to score well on this final par three of the front nine. The green is guarded on the front by a single flash-faced, greenside bunker. The most accessible hole location will be front-left as two slopes within the green feed towards the pin location. Hole locations towards the rear of the green will present a much more difficult task as competitors aiming directly for these locations must emphasize precision to avoid difficult recovery shots from behind the putting surface. When back-left hole locations are present, competitors will often look to play short of the hole, leaving a lengthy, uphill putt. The back-right hole location will offer a “risk-reward” type shot as players will look to find and hold the small top shelf for a birdie look. Should competitors miss left, a difficult putt up to the small pinable area will require finesse. Any misses to the right will result in a difficult recovery shot. Overall, three-putts will be common on the 6th hole when competitors put themselves in the wrong position from the tee; conversely, scoring opportunities will be found when the correct quadrant is reached.