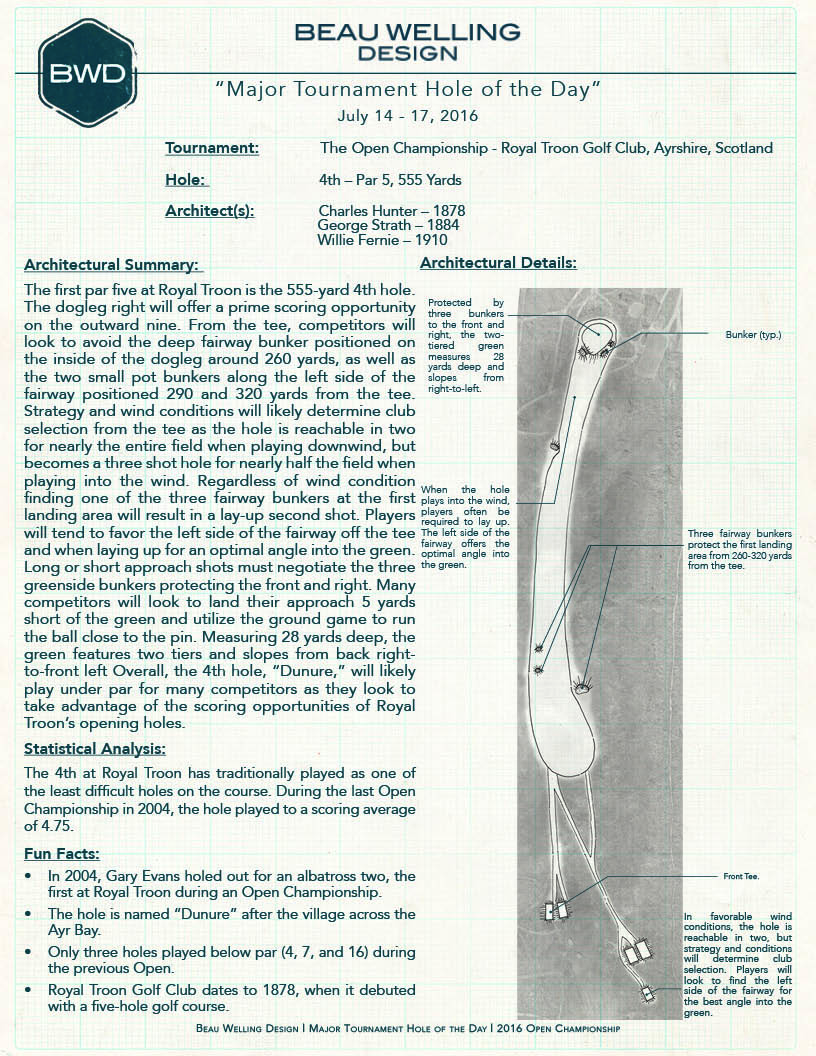 The first par five at Royal Troon is the 555-yard 4th hole. The dogleg right will offer a prime scoring opportunity on the outward nine. From the tee, competitors will look to avoid the deep fairway bunker positioned on the inside of the dogleg around 260 yards, as well as the two small pot bunkers along the left side of the fairway positioned 290 and 320 yards from the tee. Strategy and wind conditions will likely determine club selection from the tee as the hole is reachable in two for nearly the entire field when playing downwind but becomes a three shot hole for nearly half the field when playing into the wind. Regardless of wind condition finding one of the three fairway bunkers at the first landing area will result in a lay-up second shot. Players will tend to favor the left side of the fairway off the tee and when laying up for an optimal angle into the green. Long or short approach shots must negotiate the three greenside bunkers protecting the front and right. Many competitors will look to land their approach 5 yards short of the green and utilize the ground game to run the ball close to the pin. Measuring 28 yards deep, the green features two tiers and slopes from back right-to-front left Overall, the 4th hole, “Dunure,” will likely play under par for many competitors as they look to take advantage of the scoring opportunities of Royal Troon’s opening holes.

The 4th at Royal Troon has traditionally played as one of the least difficult holes on the course. During the last Open Championship in 2004, the hole played to a scoring average of 4.75.