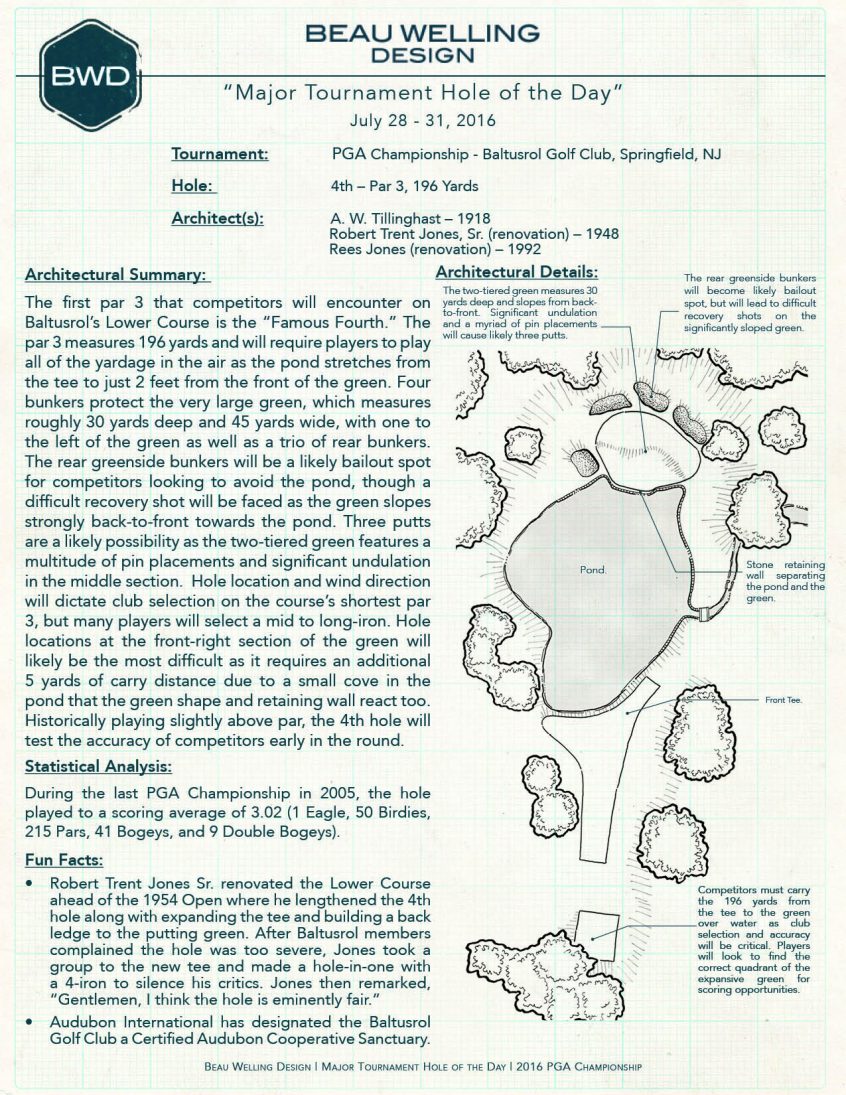 The first par 3 that competitors will encounter on Baltusrol’s Lower Course is the “Famous Fourth.” The par 3 measures 196 yards and will require players to play all of the yardage in the air as the pond stretches from the tee to just 2 feet from the front of the green. Four bunkers protect the very large green, which measures roughly 30 yards deep and 45 yards wide, with one to the left of the green as well as a trio of rear bunkers. The rear greenside bunkers will be a likely bailout spot for competitors looking to avoid the pond, though a difficult recovery shot will be faced as the green slopes strongly back-to-front towards the pond. Three putts are a likely possibility as the two-tiered green features a multitude of pin placements and significant undulation in the middle section. Hole location and wind direction will dictate club selection on the course’s shortest par 3, but many players will select a mid to long-iron. Hole locations at the front-right section of the green will likely be the most difficult as it requires an additional 5 yards of carry distance due to a small cove in the pond that the green shape and retaining wall react too. Historically playing slightly above par, the 4th hole will test the accuracy of competitors early in the round.